The All-Filipino title is the only hardware missing for this present-day Ginebra crew after ruling the import conferences in the past two seasons.

Ginebra last won the Philippine Cup crown in 2007 and it is hell-bent on ending that decade-long drought.

Meanwhile, TNT seeks to regain its lost glory by capturing its first PBA championship since 2015.

TNT reached the finals twice over the last 3 seasons but fell short of the biggest prize in both occasions.

Here is the schedule of the finals: 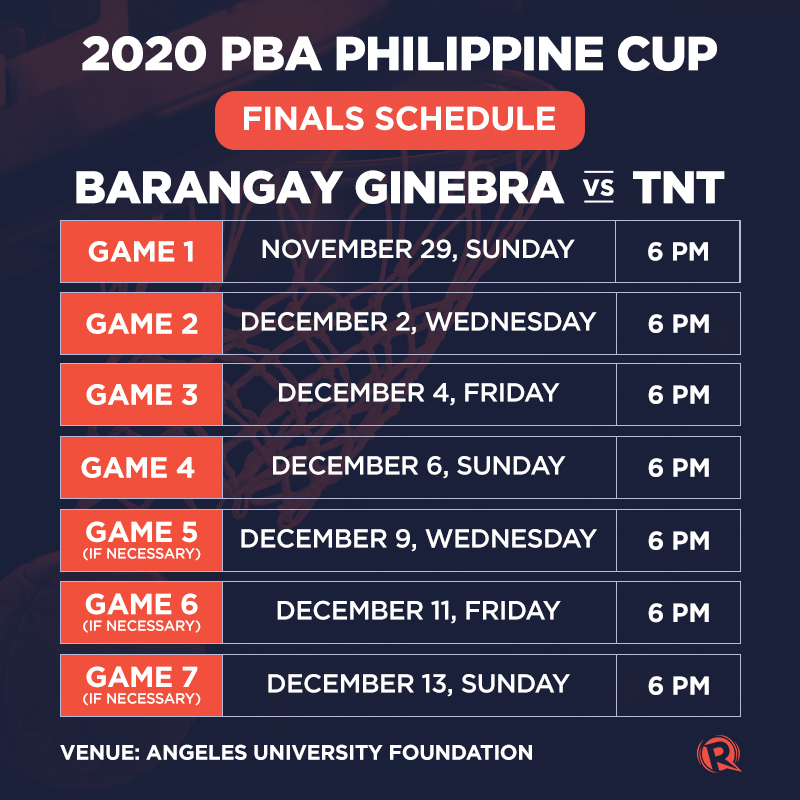