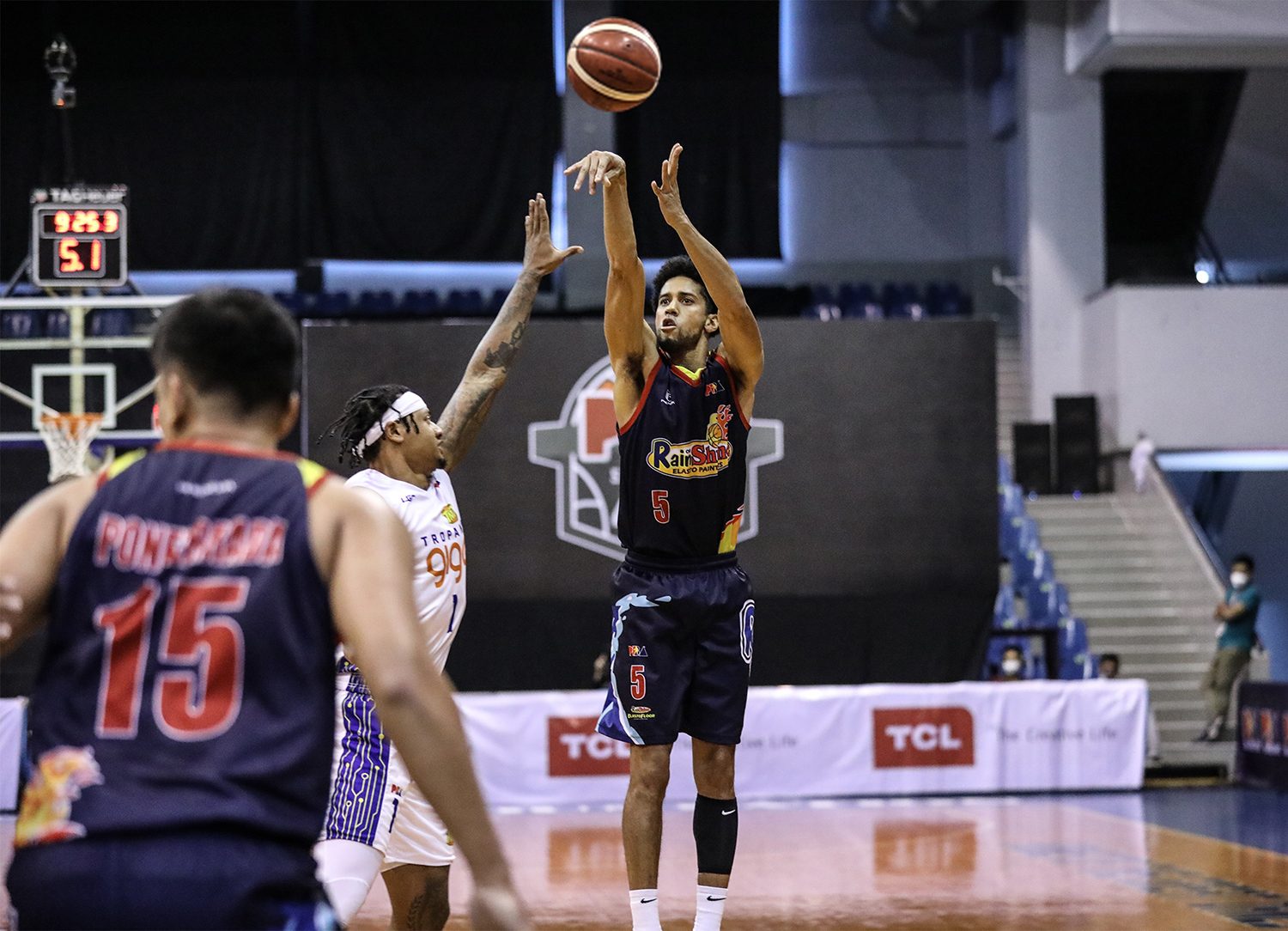 3000 REBOUNDS. Gabe Norwood proves that he is Rain or Shine's all-around player.

The Rain or Shine Elasto Painters dug deep when it mattered most and clinched an outright 2020 PBA Philippine Cup playoff spot with an 80-74 squeaker over TNT Tropang Giga.

Sophomore stud Javee Mocon and veteran sniper James Yap led the way in scoring with 16 points apiece, as the latter got Best Player of the Game honors for his conference-best outing.

But it was captain Gabe Norwood who once again did the dirty work, and finished with an all-around stat line of 9 points, 5 rebounds, 3 steals, and 3 blocks in 36 minutes of action.

According to official PBA statistician Fidel Mangonon III, Norwood’s fourth board pushed him to 3,000 career rebounds, making him the 55th player to do it in league history.

The 35-year-old forward also became the eighth active player to reach that mark, which prompted head coach Caloy Garcia to once again sing praises for the intangibles Norwood brings to the team.

“If you look at it, Gabe is probably Rain or Shine’s history. He’s the complete player. He can play 5 positions,” he said. “Even during import conferences, he can guard imports. He’s probably one of the best defenders I’ve ever seen play in the PBA.”

“He’s being a leader right now in this team. Of course, being a veteran, he’s trying to show the ropes to the rookies, and it’s paying off,” Garcia continued.

“Gabe’s attitude is just on a different level. I’ve never seen him get mad. He’s always positive. You haven’t even started to scold him, and he’ll apologize right away even though it’s not his fault.”

Throughout the years, Norwood has indeed been the heart and soul of both Rain or Shine and Gilas Pilipinas, and is one of the most-liked players in the league by friends and foes alike.

With the Elasto Painters now gunning for Philippine Cup supremacy in the playoffs, they will certainly need Norwood’s heart and hustle more than ever. – Rappler.com