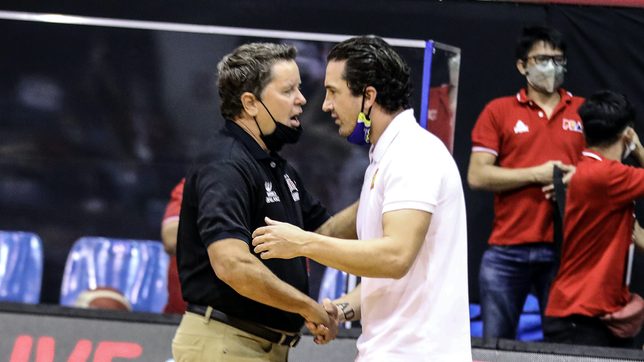 A promising conference ended in yet another heartbreak for TNT.

But team consultant Mark Dickel offered no excuses, even if injuries prevented TNT from flaunting its true form in the PBA Philippine Cup finals, which Barangay Ginebra won in 5 games.

“Positives are we made the finals. Negatives are we obviously lost,” Dickel told Rappler. “No excuses, Ginebra deserved their championship.”

Although TNT did not go down without a fight, it certainly missed the services of injured star players Ray Parks and Jayson Castro in the finals.

Parks, a contender for the Best Player of the Conference award, averaged 25.6 points, 7.3 rebounds, 3.9 assists, and 2.0 steals in the playoffs before being discovered with a left calf strain after Game 1.

The second-generation star sat out the rest of the best-of-seven series.

Castro, meanwhile, left the second half of Game 4 due to bone spurs on his left knee and never saw action again.

Dickel can only hope that injuries will not be a problem next season as TNT eyes to win its first PBA championship in 6 years.

“Hopefully, we can give ourselves a chance next conference and stay healthy,” Dickel said.

Gin Kings head coach Tim Cone tipped his hat to the TNT coaching staff for giving Ginebra a run for its money even with a shorthanded roster.

“But that is basketball, that is the way it goes. I’ve been on the other side of that. I’ve lost championships because of injured players, so I know how tough it is,” Cone added.