Ginebra shuts down TNT in OT to take Game 1 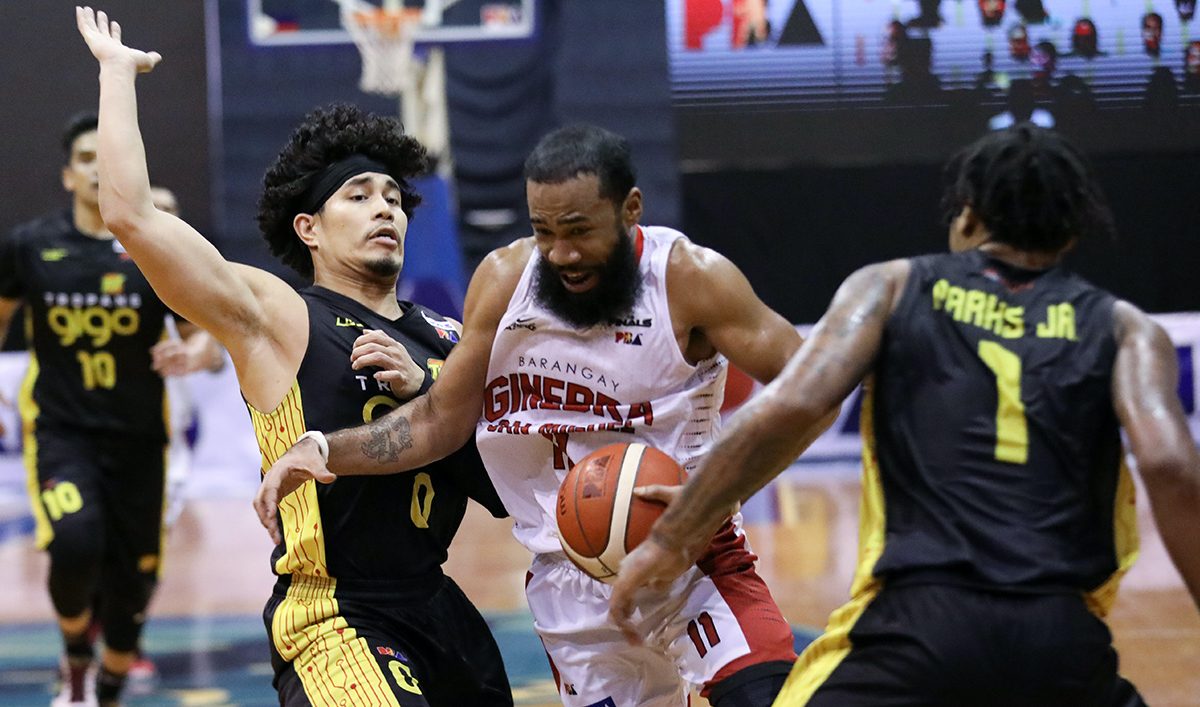 Barangay Ginebra survived in regulation and shut down TNT in overtime, 100-94, to draw first blood in the PBA Philippine Cup finals at the Angeles University Foundation in Pampanga on Sunday, November 29.

Stanley Pringle, Japeth Aguilar, and LA Tenorio shone down the stretch as the Gin Kings outscored the Tropang Giga, 8-2, in the extra period for a 1-0 lead in the best-of-seven series.

TNT almost had the win in the bag after seizing a 92-90 lead in regulation but rookie Arvin Tolentino sank the overtime-forging layup off a Tenorio dime with 5 ticks remaining.

Tenorio brought his passing wizardry to the extra period, assisting Aljon Mariano for a 98-94 cushion and feeding Aguilar for the dunk with 19 seconds left that essentially sealed the win for the Gin Kings.

Aguilar frolicked inside the paint with 25 points and 14 rebounds, while Pringle finished with 24 points, 7 rebounds, 7 assists, and 2 steals as he set the tone for Ginebra by scoring the first basket in overtime.

Tolentino had 14 points, 4 rebounds, and 3 steals in his first PBA finals appearance. Tenorio churned out 12 points, 10 assists, and 5 rebounds.

The Gin Kings also drew a prolific performance from Scottie Thompson, who put up 15 points, 9 rebounds, and 5 assists.

Ray Parks once again led the Tropang Giga with 20 points, 5 steals, 4 rebounds, 4 assists, and 2 blocks, but he helplessly watched his team from the sidelines at crunch time after fouling out with 30 seconds left.

Roger Pogoy and Jay Washington put up 19 and 14 points, respectively, while Jayson Castro chimed in 12 points and 5 assists in the loss, missing what could have been the game-winning shot in regulation.

Castro already blew by Tenorio and had a wide-open look at the rim but he muffed his floater as the time expired.