San Miguel rips Ginebra to get back on winning track 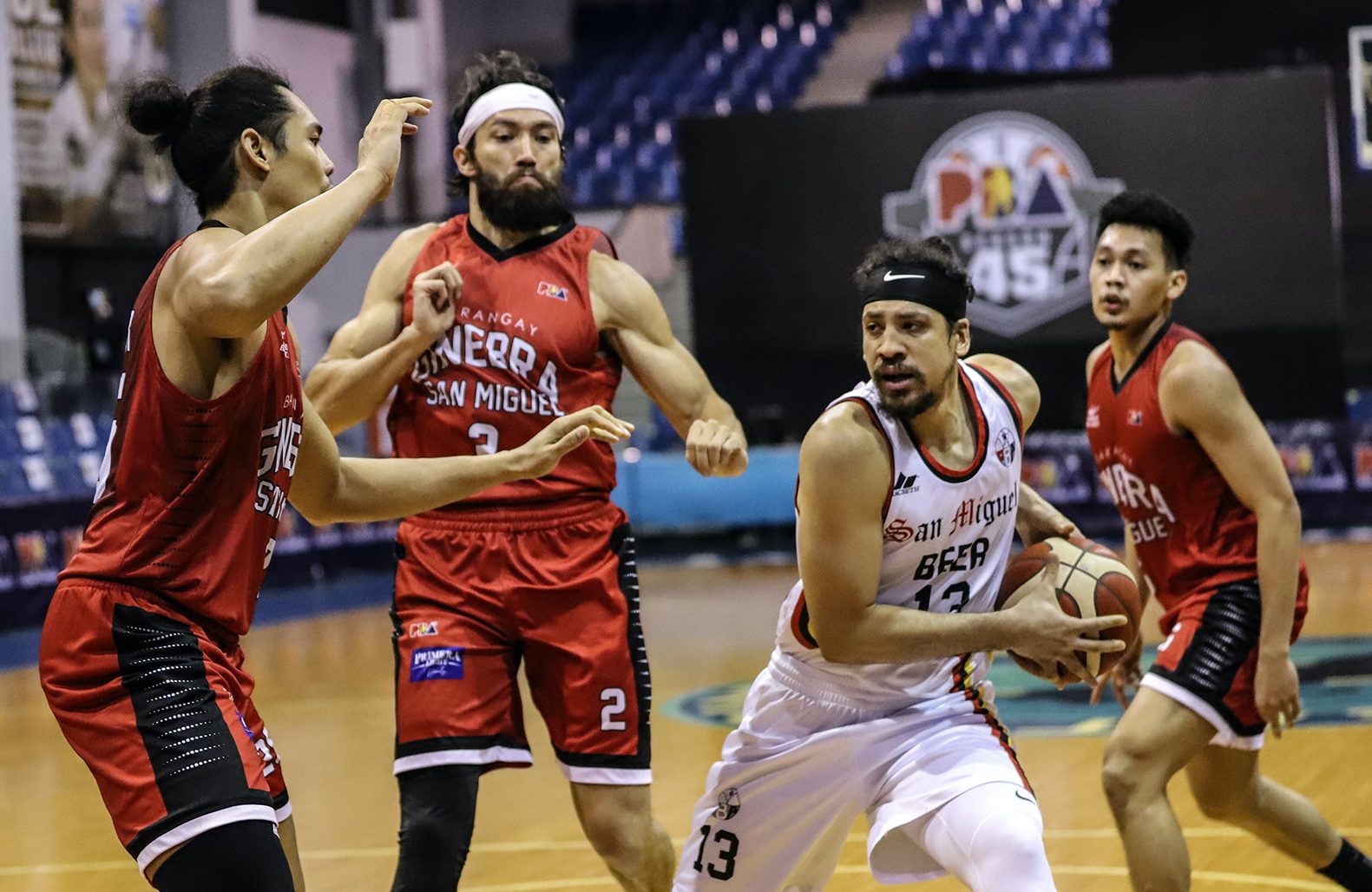 The San Miguel Beermen halted their two-game losing streak with a convincing 81-66 victory over the league-leading Barangay Ginebra San Miguel in the PBA Philippine Cup at the Angeles University Foundation in Pampanga on Sunday, November 8.

Mo Tautuaa led the way for the defending champions with 20 points and 11 rebounds as they improved to 6-4 and entered a four-way tie for 4th place with Meralco, Alaska, and Magnolia.

“I think the players were motivated because of our situation right now,” said San Miguel coach Leo Austria.

“We have to win the last two games or else we will be eliminated because there is a logjam in the middle of the standings,” added the multi-titled tactician.

After getting blown out by NLEX in their previous outing, the Beermen came out firing from the get-go and built a massive 20-point lead, 56-36, early in the second half.

But San Miguel regained their footing in the payoff period to secure their sixth win in the bubble.

Marcio Lassiter, who missed their previous match due to a strained calf, added 12 points, while Chris Ross finished with a double-double of 11 points and 14 rebounds.

Alex Cabagnot and Bam Gamalinda also chipped in 11 points apiece for the Beermen in the victory.

Japeth Aguilar topscored for the Gin Kings with 13 points, while Scottie Thompson and Aljon Mariano tallied 12 and 11 points, respectively as they moved to 7-3 – tied with the TNT Tropang Giga at the top of the standings.