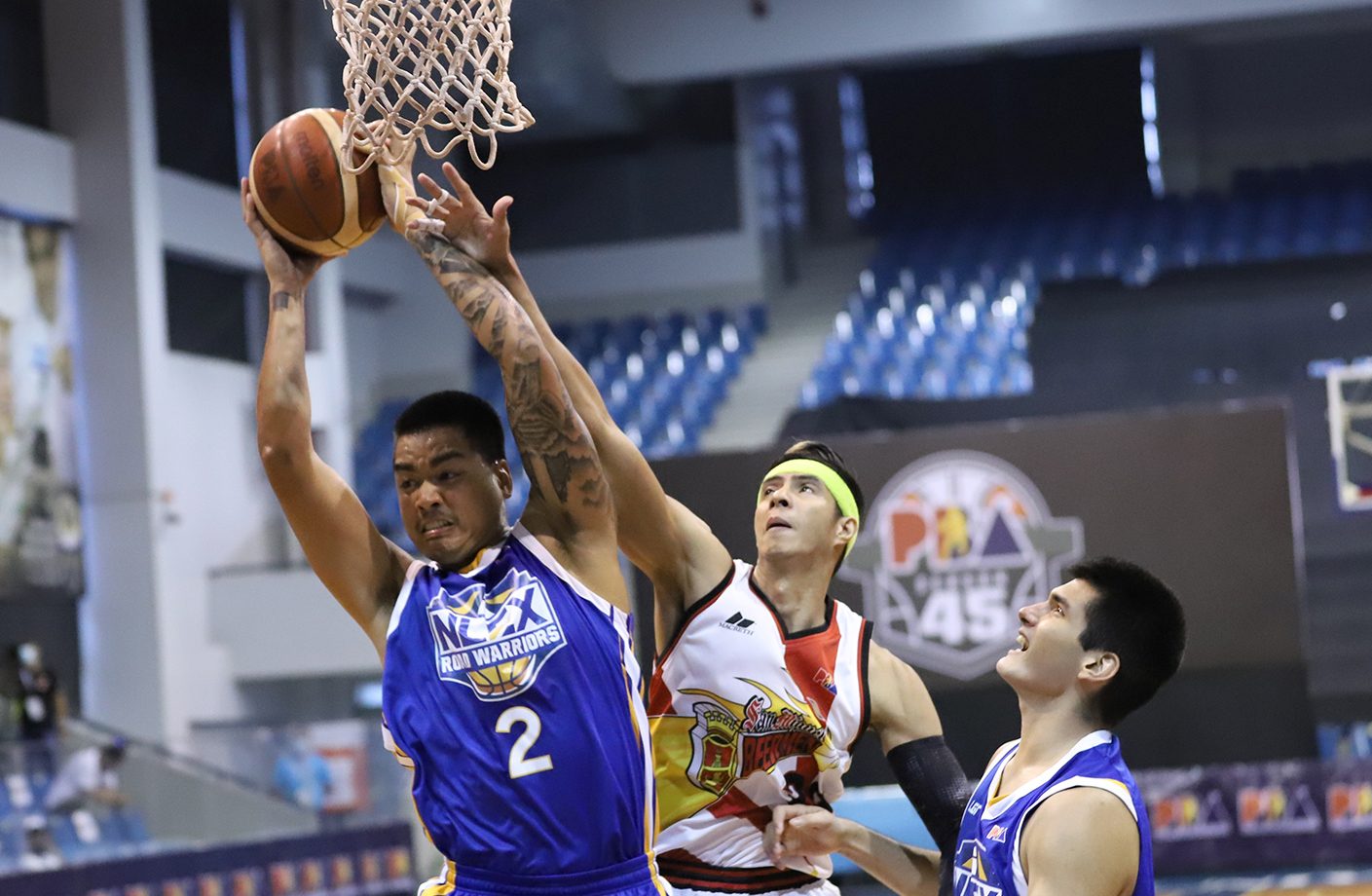 The NLEX Road Warriors extended their winning streak to 3 games after blowing out the defending champions San Miguel Beermen, 124-90, in the PBA Philippine Cup at the Angeles University Foundation in Pampanga on Friday, November 6.

Mike Miranda led the way for the Road Warriors, finishing with a career-best 22 points on a perfect 8-of-8 shooting to go along with 7 rebounds as they climbed to 4-5 in the standings.

“We’re a lot sharper, we’re a lot more cohesive both on offense and defense,” he added. “We’re just looking at those good sides and if you play it right, if you do the right things, you will be rewarded with the win.”

The Road Warriors came out firing from the get-go as they built a double-digit lead, 36-25, at the end of the opening period.

NLEX continued its surge in the following period and extended its lead to 20 points, 67-47, at halftime.

The Beermen, who lost their second straight game in less than 24 hours, had no answers for the scorching Road Warriors in the final two quarters as they dropped to 5-4 in the standings.

Kevin Alas added 19 points, 9 rebounds, and 5 assists, while Kiefer Ravena and JR Quinahan each tallied 14 points for the Road Warriors.

Paul Zamar finished with 23 points, while Von Pessumal had 11 points for the undermanned Beermen, who missed the services of Marcio Lassiter due to a strained calf.