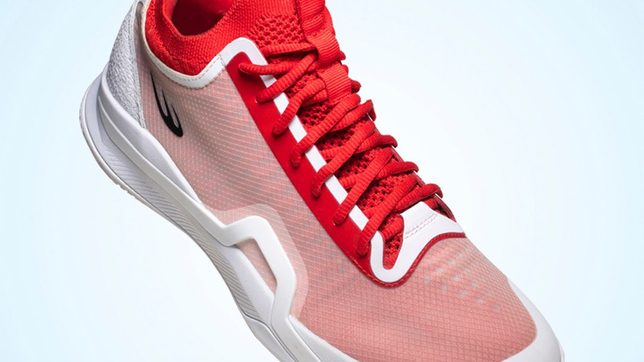 Facebook Twitter Copy URL
Copied
Dubbed the 'Scottie 1,' the shoe is tailored for the well-rounded play of Scottie Thompson, who has emerged as one of the faces of Barangay Ginebra

Dubbed the “Scottie 1,” the shoe is tailored for the well-rounded play of Thompson, who has emerged as one of the faces of the most popular ballclub in the PBA.

Thompson said he has worn the shoe since the 2020 Philippine Cup, where the Gin Kings captured the championship.

Although Ginebra failed to retain its all-Filipino title this season, Thompson still put up impressive numbers across the board, averaging 12.2 points, 8.7 rebounds, 4.2 assists, 1.5 steals, and 1.3 blocks.

“I’ve used this shoe for two conferences and I have nothing bad to say about its comfort and performance,” Thompson said in Filipino.

Thompson struck a deal with World Balance in April, becoming the first PBA player to sign with the brand since legend Philip Cezar.

Featuring a red and white colorway, the shoe is inscribed with the words “faith,” “hard work,” and “discipline” on the heel counter – a nod to what Thompson claims as his virtues.

“They understand what it is like to be an underdog, and like the brand, I want to prove myself on and off the court and show the world that you can be like David in a league full of Goliaths,” Thompson said.

Expected to be a limited release, the “Scottie 1” will soon hit the shelves this month. – Rappler.com