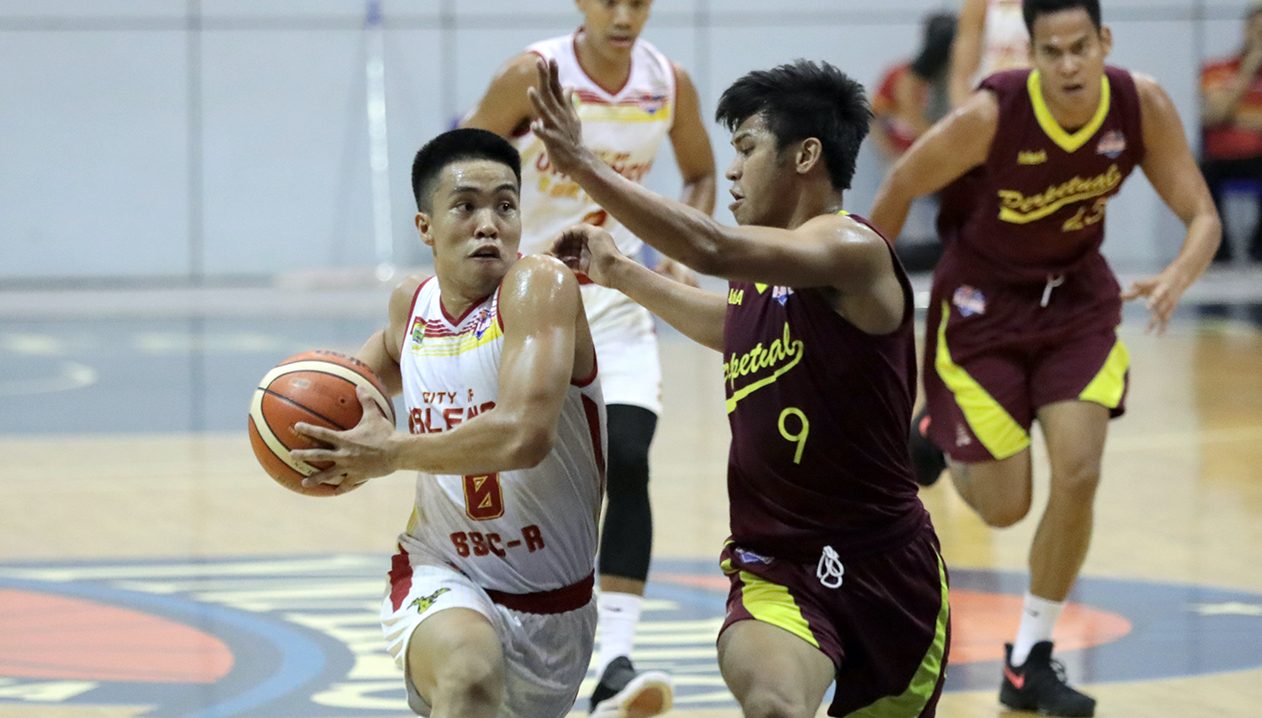 SPITFIRE GUARD. RK Ilagan enters the PBA Draft as a player known for his marksmanship and ability to score.

Facebook Twitter Copy URL
Copied
Although one of the smallest players in the crop of PBA rookie aspirants, RK Ilagan says he does not back down from the challenge of going up against bigger opponents

Pint-sized guard RK Ilagan has his fingers crossed that his vaunted shooting will attract the attention of teams in the upcoming PBA Draft.

Standing at 5-foot-7, Ilagan is easily one of the smallest players in the crop of rookie hopefuls, but he has compensated for his height by his marksmanship and ability to score.

“I’m small for a point guard but I’m hoping that I get drafted because of my shooting,” Ilagan said in Filipino.

The Tondo, Manila native lit up the NCAA as a player with limitless range – his highlights including making shots from way beyond the three-point line and turning his back on the basket even before his shots went in.

Ilagan averaged 14.7 points – which ranked 7th in the entire NCAA – on top of 4.1 assists and 3.9 rebounds in Season 95 to help the San Sebastian Stags earn a Final Four spot.

As he decided to forego his final year with the Stags, Ilagan ended his NCAA career with a 36-point outburst in a loss to eventual champions Letran Knights in a stepladder semifinals match.

He also saw action in the PBA D-League, where he regularly put up outstanding numbers.

“I show my heart every game, that even if I’m really small, I will not back down against bigger opponents,” said Ilagan, who sees LA Tenorio and Jimmy Alapag as inspirations.

“Coach Jimmy and coach LA are also small. But when you see them play, they have no fear on the court and they keep up with bigger players.”

Aside from fulfilling a lifelong dream by reaching the PBA, Ilagan also wants to represent Tondo.

“Players like us from Tondo, we do not have the privilege to play for big schools. We just try and wait to be given a chance,” he said. – Rappler.com