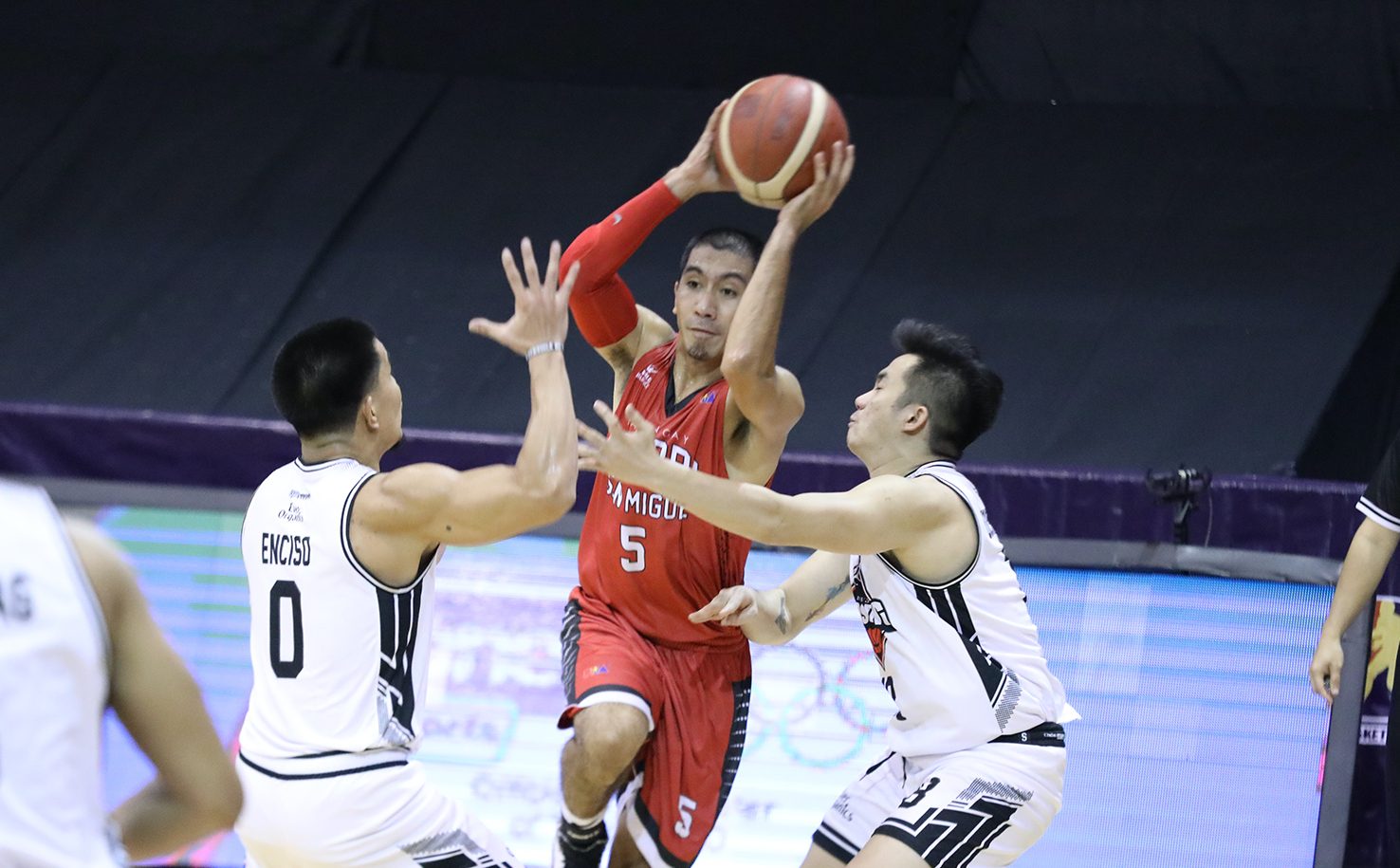 BACK SOON. LA Tenorio and Barangay Ginebra target a more consistent run when the league resumes.

Facebook Twitter Copy URL
Copied
After getting a verbal approval for the league's resumption, PBA teams head to Pampanga to start training

The resumption of the PBA Season 46 Philippine Cup is in its final stages of preparation as the league has gotten verbal approval to resume operations, and start practices in Pampanga as early as Tuesday, August 24.

PBA commissioner Willie Marcial, who confirmed the development, said that three practice venues have been secured, namely the Beverly Place in Mexico, the Colegio de Sebastian in San Fernando, and the AUF Gym in Angeles, the site of last year’s historic bubble season.

While there have been reports on where the PBA will likely hold its games, there has been no decision on the final playing venue as of posting. However, the continuation of the closed-circuit or semi-bubble format for accommodations has been confirmed.

“I would have to say [being] excited would be an understatement right now in regards to us getting our season resumed,” said Rain or Shine head coach Chris Gavina.

“We’re looking forward to continuing our craft, and providing a little bit of relief and respite to others,” added TNT chief shot-caller Chot Reyes.

Pampanga was immediately penciled in as one of the likely hosts of the league’s resumption after Metro Manila was placed under the stricter  enhanced community quarantine (ECQ) in August.

With the original Ynares Sports Arena venue in Pasig City forced to close, the PBA had no choice but to halt all operations after a double-header slate last August 1.

As of posting, Pampanga is still under modified general community quarantine (MGCQ), the lowest level of restrictions available.

The league is slowly getting back on its feet in the midst of another all-time high surge of COVID-19 cases, but a lot of work still needs to be done as its inaugural 3×3 season has yet to start after a three-week delay to its traditional 5-on-5 tournament.

It has also not relented so far on its desire to hold a second conference after the Philippine Cup, whether it be an import-laden tournament, or another All-Filipino tilt. – Rappler.com