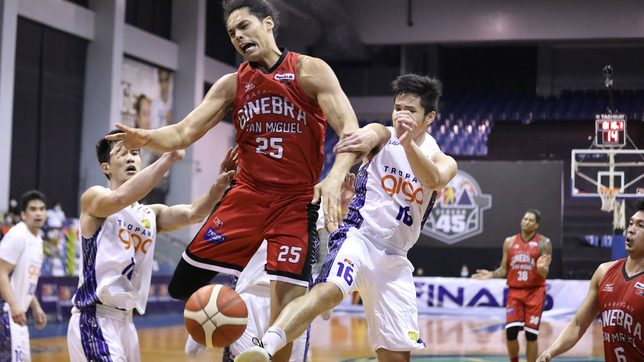 TRAINING RESUMPTION. Scrimmages for PBA teams are already permitted in areas under GCQ and MGCQ.

Facebook Twitter Copy URL
Copied
While waiting for the LGUs' response, other PBA teams will push through with their training outside Metro Manila

PBA teams need to secure the approval of local government units (LGUs) first before they return to their old practice sites in Metro Manila.

The government downgraded the quarantine classification in Greater Manila to general community quarantine (GCQ) with “heightened restrictions” starting May 15.

Scrimmages for PBA teams are already permitted in areas under GCQ and modified general community quarantine after being given the go signal by the Inter-Agency Task Force.

“The teams already wrote to the LGUs. I gave each of them a letter of endorsement, so we’ll see if the LGUs allow them,” said PBA commissioner Willie Marcial in Filipino.

“It all depends on the LGUs.”

While waiting for the LGUs’ response, other PBA teams will push through with their training outside Metro Manila, Marcial said.

For example, the TNT Tropang Giga will head north and put up a training camp in Ilocos Norte.

The easing of quarantine status in Metro Manila is a welcome development for the PBA, Marcial said, particularly for its plans to kick off the two-conference season by June.

“If this continues and the scrimmages of the teams go well, we can probably start by the third week of June,” Marcial said. – Rappler.com