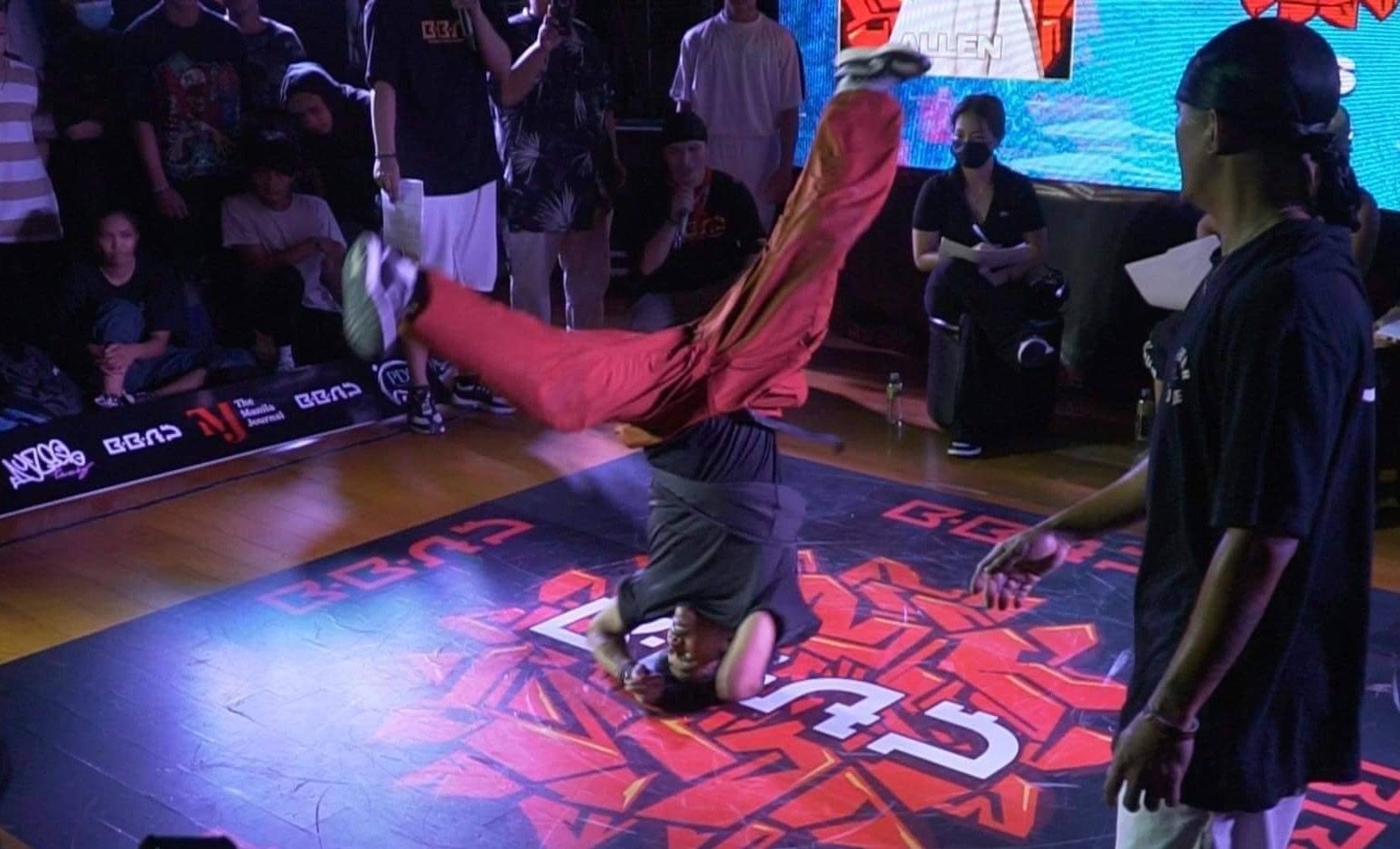 TOP BREAKER. Allen Añas secures a top two spot in the first live qualification event of the B-boys and B-girls Association of the Philippines.

MANILA, Philippines – Gold is the goal for the B-boys and B-girls Association of the Philippines (BBAP) as it started its journey to determine who will represent the country when breaking – or breakdancing – debuts in the 2024 Paris Olympics in France.

BBAP staged its first live qualification and ranking event for its pioneering pro league in Las Piñas on Saturday, June 25, with the aim to produce potential members of the national team.

Seventeen of the best b-boys and five of the finest b-girls from all over the Philippines – some coming from Davao, Dumaguete, and Baguio – duked it out on the dance floor and 10 came out on top.

“At the same time, they’re being pushed to do an excellent job towards the Paris Olympics in 2024. We have two years to go for the gold. BBAP is really going for gold for Paris 2024.”

From the streets of New York, breaking got its big break as an official sport when it appeared in the 2018 Buenos Aires Youth Olympics in Argentina.

Its successful staging in Buenos Aires prompted the International Olympic Committee to include breaking as one of the four new sports for the Paris Games together with skateboarding, sport climbing, and surfing.

Thirty-two of the best breakers – 16 men and 16 women – will qualify for Paris through the 2023 World DanceSport Federation World Championship, five continental qualifiers, and various Olympic qualifier series in 2024.

Breaking as a profession

As the country tries to ride on the momentum started by weightlifter Hidilyn Diaz in the Tokyo Games last year when she clinched the Philippines’ first-ever Olympic gold, breakers like Añas believe they can replicate her feat.

The 21-year-old Añas vied for a berth in Buenos Aires and even reached the last qualifier for the Youth Games, the World Youth Breaking Championships.

“We have a really huge chance to win the gold, especially for us b-boys who are extremely dedicated in our craft,” said Añas, who secured the top two spot in the BBAP event alongside Vergara.

“It is the Olympics we’re talking about and not just underground battles. All your hard work will pay off.”

Vergara echoed Añas’ sentiments as he sees the Olympics as the door that will help pave the way for him to earn a living as a b-boy.

Añas and Vergara grew up together in Las Piñas and developed a brotherly bond over breaking.

“It will help my lifestyle, my finances, my art, my life. We’re all struggling and we’re all going through things in our lives,” Vergara said.

“Making the Olympics is a big opportunity for breaking or b-boying to be known as a part of sports, not only for the underground but for the mainstream as well.”

Aside from bringing home an Olympic gold, BBAP wants to provide a platform for breakers where they can focus on breaking as a profession and take care of themselves financially.

“That is the whole goal: to build a business out of it and to sustain our livelihood as dancers. It is really going to be a profession, people will see how we see it and feel what we feel,” Diaz said.

“At the same time, they will love our culture as well because it is authentic, it is raw, it is a conversation.”

For the rest of the year, BBAP will hold showdowns that will pit the top players in the rankings and challenger cups, where breakers from various regions can unseat those already in the pro league. – Rappler.com