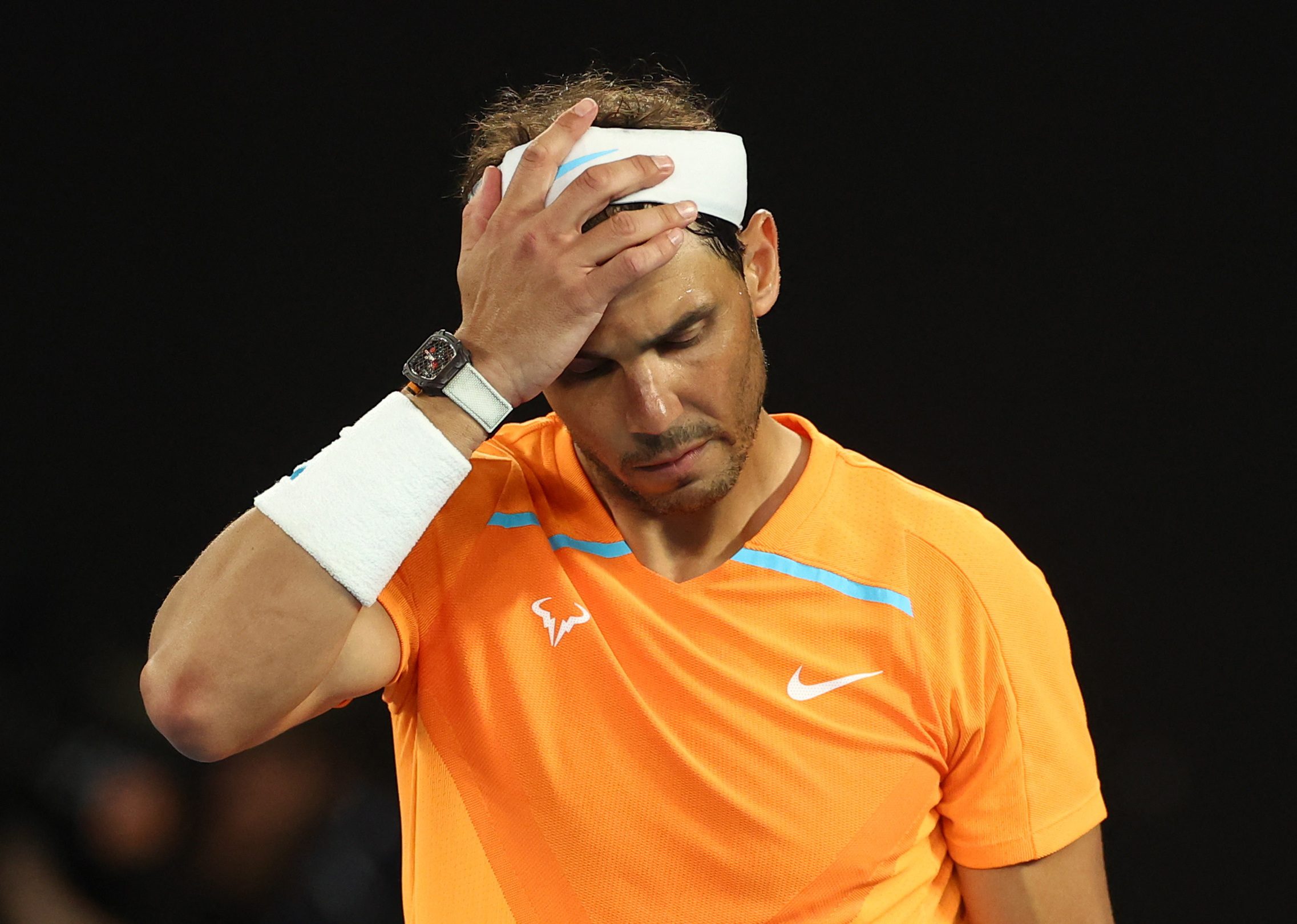 UPSET. Spain's Rafael Nadal looks dejected after losing his second-round match against Mackenzie Mcdonald of the US.

Facebook Twitter Copy URL
Copied
‘Just can't say that I am not destroyed mentally at this time, because I will be lying,’ says Rafael Nadal, who has won only two matches since the US Open in September

MELBOURNE, Australia – Rafa Nadal said he would plot a path back to the tour once he has a firm prognosis for the troubling hip problem that cut short his Australian Open, while conceding the growing weight of injuries was taking a heavy toll.

Nadal’s title defense ended bitterly on Wednesday as he slumped to an injury-hampered 6-4, 6-4, 7-5 second-round defeat to Mackenzie McDonald at Rod Laver Arena, the latest chapter in a long history of fitness problems at Melbourne Park.

The 22-time Grand Slam champion arrived undercooked, with rib, abdomen, and foot injuries having kept him off court for much of the season after Wimbledon last year.

He lost both of his matches in the United Cup for Spain in the lead-up and scraped through the first round against Jack Draper when the young Briton suffered cramping on a hot afternoon.

Though Nadal has won only two matches since the US Open in September, the 36-year-old found positives out of his trip to Australia.

“I mean, hopefully it’s nothing too bad. In the end (it has) been three positive weeks in terms of practice,” he told reporters.

“So I really hope that (injury) doesn’t put me out of the court for a long time, because then it’s tough to make all the recovery again.

“It’s not only the recovery. It’s all the amount of work that you need to put together to come back at a decent level.”

With Nadal eliminated, his great rival Novak Djokovic can match the Spaniard’s 22 Grand Slam titles with a 10th crown at Melbourne Park.

“In the end, I can’t complain about my life at all,” said Nadal.

“So just in terms of sports and in terms of injuries and tough moments, I mean, that’s another one.

“Just can’t say that I am not destroyed mentally at this time, because I will be lying.”

Nadal has long feared injuries will curtail his career but always found a way back from the low points to achieve more success.

He left no one in doubt he still had the fuel for another comeback.

“I know it’s not forever. I like to feel myself competitive. I like to fight for the things that I have been fighting for almost half of my life or even more.

“It’s not that complicated to understand.” – Rappler.com