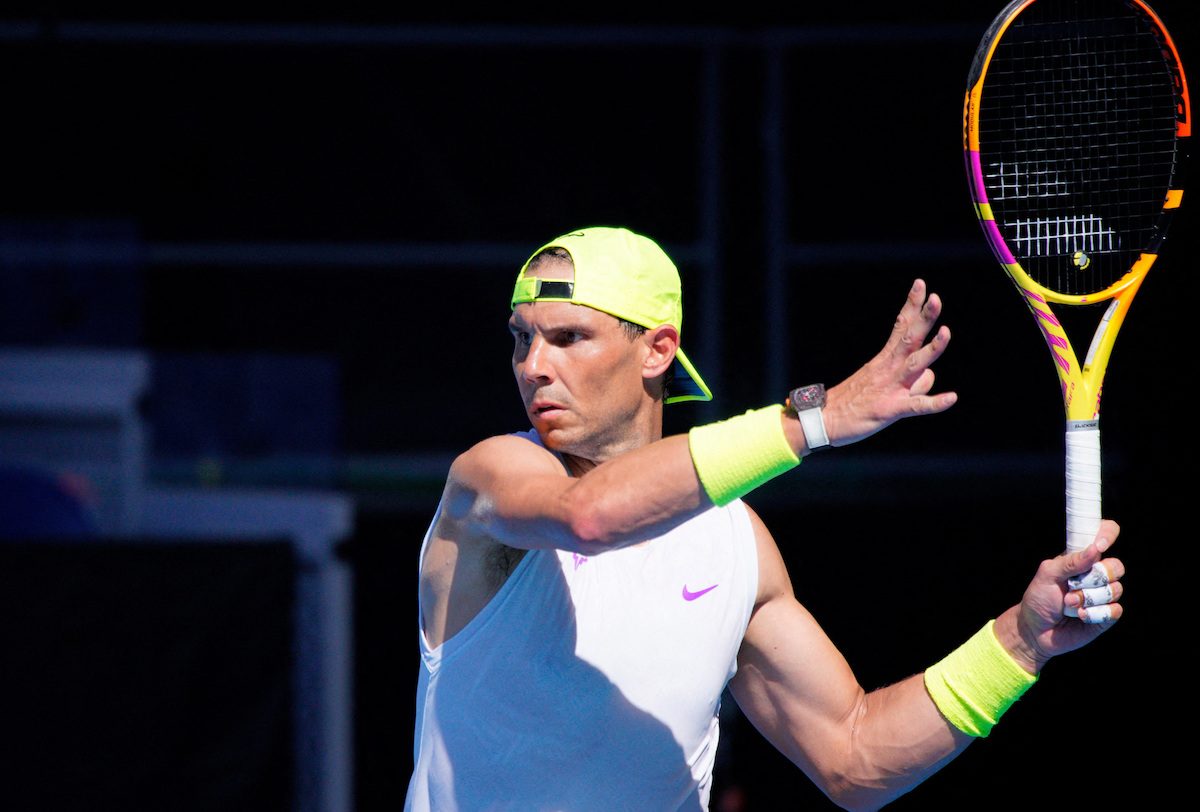 MELBOURNE, Australia – An upbeat Rafael Nadal has shrugged off his warm-up defeats ahead of the Australian Open as “just part of the business” and declared himself in a happy place ahead of his title defense.

Nadal heads into a first-round match against rising Briton Jack Draper undercooked and with only one win since the US Open in September.

Apart from that, everything is in good order, Nadal told reporters at Melbourne Park.

“I have been losing more than usual, so that’s part of the business,” said the Spanish top seed. “But I feel ready, honestly. The only thing that didn’t happen in my side is victories.”

“That’s the real thing. But for the rest of the things that I am building to be ready for a tournament like this one, I feel quite ready.”

“I would love to arrive here with a couple of victories, yes. That didn’t happen, so need to accept that, need to live with it.”

Nadal arrived at Melbourne Park last year in a funk after a serious foot injury but ended up winning his second Australian Open crown by beating Russian Daniil Medvedev in a classic final.

Since bowing out of the United Cup earlier this month with losses to Cameron Norrie and Alex de Minaur, world No. 2 Nadal said his overall condition had improved, and that being a father had not impacted his training regime.

“That changed my preparation last year a lot, without a doubt,” he said of fatherhood.

“But now, no. I am able to do my normal routines, practice as much as I can. I practice probably more than ever, more than the last 10 years the last three weeks.”

World No. 1 Carlos Alcaraz, who is not playing at the Australian Open due to injury, was the only player to break the Nadal-Djokovic duopoly by claiming the US Open.

Nadal has won a men’s record 22 Grand Slam titles, one more than Djokovic, with the retired Roger Federer on 20, and while he thinks the current crop of rising stars like Alcaraz and Holger Rune can achieve great things he said it was unlikely they would win as many majors as the ‘Big Three.’

“But you never know what can happen.” – Rappler.com