Why Alex Eala’s ITF win should get Filipinos excited 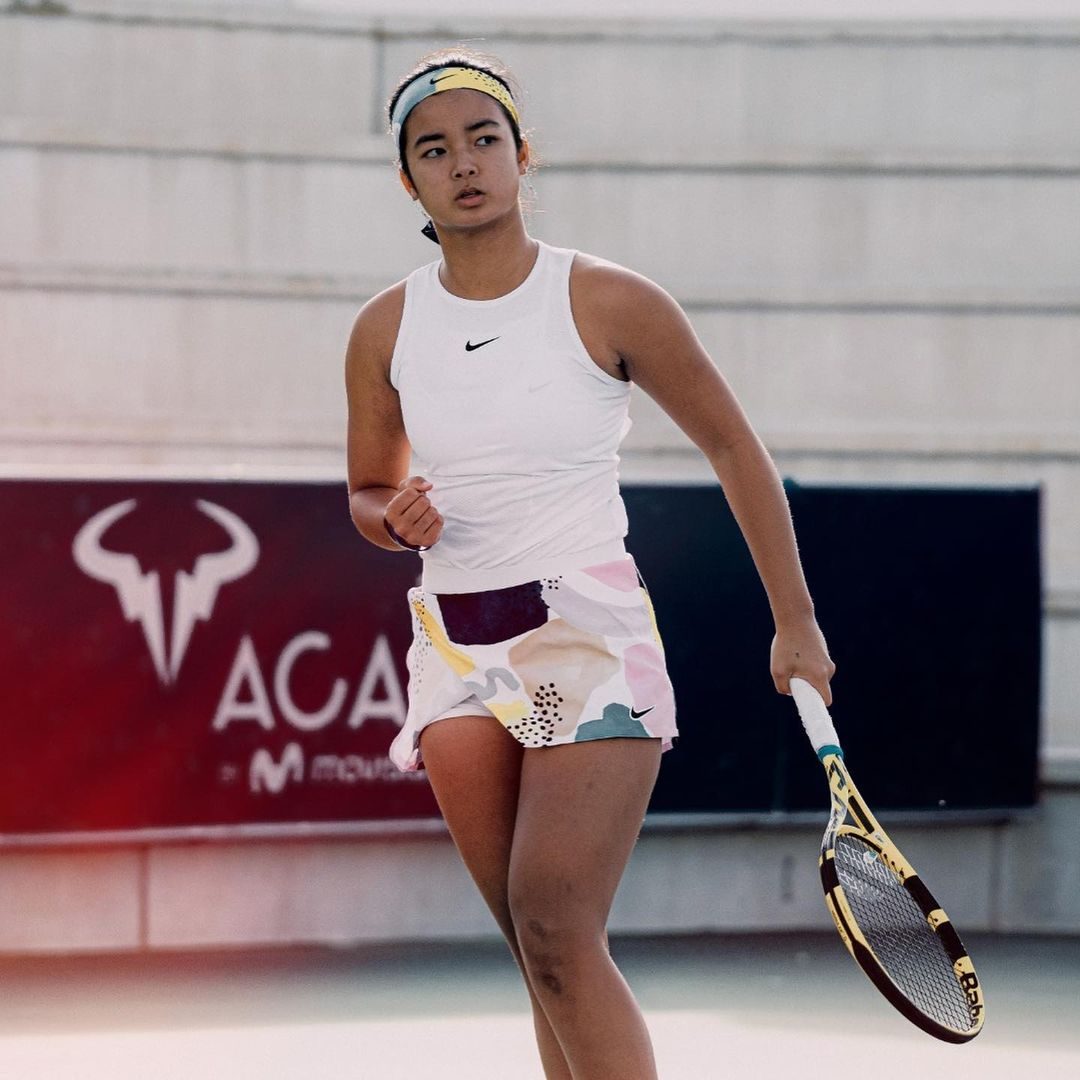 Facebook Twitter Copy URL
Copied
It is not a stretch to imagine Alex Eala becoming the first Filipina to make it to the WTA Tour, and eventually, the women’s Grand Slam events

When Alex Eala won one of the most prestigious junior events in the world, the Les Petit 14-and-under tournament held in France in 2018, there was a sense pervading among avid followers of the Philippine tennis scene that they were getting a preview of the career of someone who was going to be truly special.

Her left-handed groundstrokes were as crisp as they were powerful. The shot making and placement showed the signs of a cerebral, thinking player. The way she ran across and around the court to retrieve the ball typified a relentlessness that was rarely seen from a tennister her age. She was far from polished, but her skills, consummate and tenacious, were uncommon for a 12-year-old.

The polishing would happen in the city of Manacor in the Spanish island of Mallorca, the hometown of one of the greatest to ever play the game whose name banners a world-class complex that houses 26 tennis courts, a football field, a gym, and lodging facilities.

It was at the Rafa Nadal Academy where Eala would receive top-notch mentoring as she geared up to take on the world.

More and more people took notice of this emerging phenom as her training in Spain began to bear fruit.

In 2019, she helped the Philippines qualify for the World Junior Tennis finals held in the Czech Republic, the first time since 1993 that a team from the country made the main draw.

The Philippine team placed 5th in the competition, the country’s best ever finish. That same year, she finished runner-up in the World Super Junior Under-18 Tennis Championships held in Japan.

Notwithstanding the pandemic, 2020 was a great year for Eala. As she continued to make her mark in the international scene, so too did she make more history in Philippine tennis. (FAST FACTS: Who is teen tennis sensation Alex Eala?)

In the French Open, Eala reached the semifinals of the girl’s singles. The last time a player from the Philippines made the final four in junior Grand Slam singles was in 1984 when local tennis legend Felix Barrientos made the Wimbledon Under-18 semifinals. (RECAP: How Alex Eala marched to a historic French Open semis stint)

ITF tournaments are part of a professional circuit that serves as the bridge between junior events and the higher level Women’s Tennis Association (WTA) competitions where the top-ranked players in the world see action.

Eala captured her first ever professional title by defeating 28-year-old veteran Yvonne Cavalle-Reimers of Spain in the finals of the ITF $15,000 W15 Manacor tourney, 5-7, 6-1, 6-2.

On two occasions in the competition, Eala had to come back from a set down to eke out victories. On her way to the championship round, she repulsed top seed Seone Mendez of Australia and 5th seed Carole Monnet of France.

Winning an ITF professional tournament is no easy feat. Capturing an ITF title at the age of 15 is nothing short of phenomenal.

The last time a Filipina emerged women’s singles champion in the ITF circuit was when 21-year-old Katharina Lenhert copped a title in Egypt in 2015.

The last time a Filipino won an ITF men’s singles title was in 2006 when then 30-year-old Cecil Mamiit clinched a tournament in New Orleans.

Filipino fans have long wanted to see a player from the Philippines become a fixture in the top-tier professional events.

Doubles specialist Treat Huey is the only Filipino thus far who has become a prominent figure in the international landscape. Before injuries slowed him down in recent years, Huey was one of the best men’s doubles players in the world after winning 8 ATP titles.

Taino has also played in the doubles event of the Grand Slams. The only Filipino, though, who has campaigned regularly in singles in the ATP Tour was Mamiit whose best showing was a finals finish in a tournament in 1999 in San Jose, California where he won over Andre Agassi and Michael Chang.

No female player from the Philippines has earned a ranking high enough to qualify for WTA tournaments.

Eala’s long list of accomplishments this early suggests a journey that could take her to the same path trekked by two of the biggest names in women’s tennis, Coco Gauff of the United States and Naomi Osaka of Japan.

There are a number of similarities in the careers of teen sensations Eala and Gauff.

Eala became the No. 2 ranked junior player in the world last October. They are both junior Grand Slam champions, with Gauff winning the US Open girls doubles and the French Open girls singles in 2018.

Eala actually is on a slightly more advanced trajectory than Osaka was at when the former world No. 1 was in her teens.

Osaka started joining ITF tournaments when she turned 14 years old in 2011. She made the finals of two ITF events in 2013. Osaka never won a tournament in the ITF circuit but proceeded to joining WTA events by advancing from the qualifiers to the main draw.

It is not a stretch to imagine Eala becoming the first Filipina to make it to the WTA Tour, and eventually, the women’s Grand Slam events.

There is no question that she is a generational talent who comes only so often, especially for a country like the Philippines.

In Eala, Filipino fans might just finally have someone to rally behind and cheer for, someone who can be good enough to exchange power forehands with Gauff and return Osaka’s booming serves.  – Rappler.com