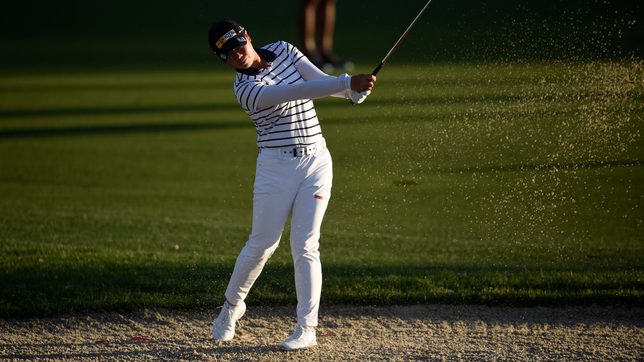 SLIDE. Yuka Saso drops to joint 12th place after hitting a 71 in the 2nd round.

After scoring 69 in the opening round of the LPGA’s first major, Saso fell to a joint 12th place finish at 4-under-140, but aims to rebound in the last two rounds.

Filipina Bianca Pagdanganan, on the other hand, did not make the cut to advance with a 75 in the opener and a 73 in the 2nd round.

Thailand’s Patty Tavatanakit maintained her lead Friday, staying up by one stroke after recording an eagle while shooting a 3-under-par 69 at the Mission Hills Country Club’s Dinah Shore Tournament Course.

She now sits at -9 overall, one stroke ahead of China’s Shanshan Feng, who also carded a 69.

Amid the COVID-19 pandemic, the 19-year-old golfer turned pro in 2020 and bagged two straight titles in the Japan LPGA and landed a 13th place finish in her first LPGA major championship in the US Open last December.

Saso was impressive as a rookie as she entered 2021 ranked 45th in the world and topped the money ranking with earnings amounting to P50 million during her pro debut season. – Rappler.com