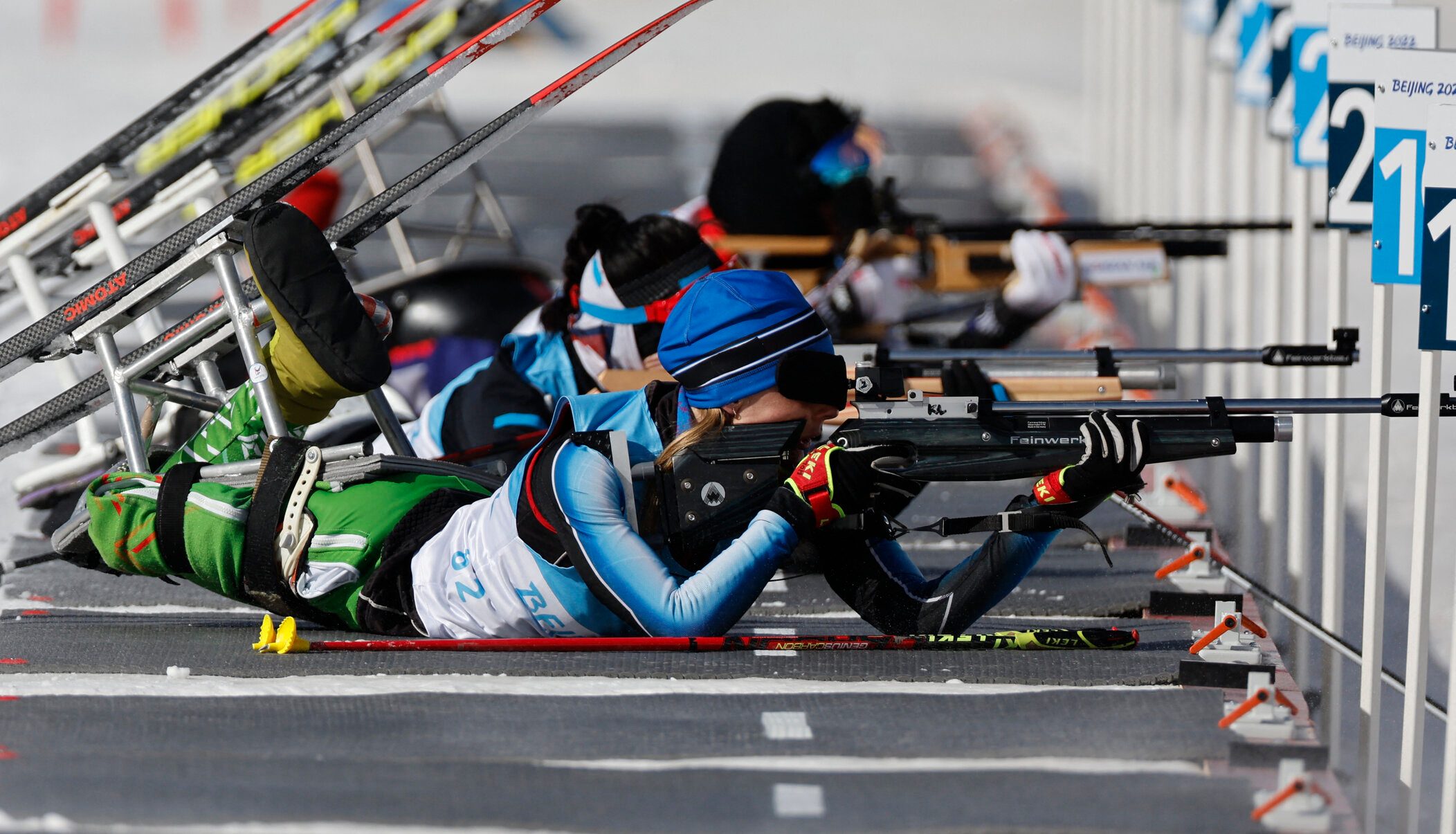 BANNED. An athlete from Belarus trains at the National Biathlon Centre in Zhangjiakou before the Paralympic Games.

Russian and Belarusian athletes were barred on Thursday, March 3, from the Winter Paralympics in Beijing on the eve of the Games following threats of boycotts by other teams over Russia’s invasion of Ukraine, the International Paralympic Committee (IPC) said.

Belarus has been a key staging area for the invasion, which was launched a week ago.

The decision comes a day after the IPC gave athletes from the two countries the green light to participate as neutrals, saying that the governing body had followed its rules and that “athletes were not the aggressors.”

But that decision led to an outcry and threats from other countries’ National Paralympic Committees (NPC) to boycott the Games, IPC president Andrew Parsons told a news conference in Beijing.

“They told us that if we do not reconsider our decision, it is now likely to have grave consequences for the Winter Games,” Parsons said.

“Multiple NPCs, some of which have been contacted by their governments, teams and athletes, are threatening not to compete.”

Parsons said it was clear the situation put his organization in a “unique and impossible position” so close to the start of the Games, adding that an overwhelming number of members had been in touch and been forthright in their objections to Russia and Belarus taking part.

A 71-member Russian contingent and 12-member team from Belarus are already in Beijing for the Games, which begin on Friday. Parsons said the Russian and Belarusian athletes were victims of the actions of their governments.

“Athlete welfare will always be a priority for us,” he said.

“If Russian and Belarusian athletes stayed in Beijing, nations were likely to withdraw, and a viable Games would not have been possible.

“The atmosphere in the Games village is not pleasant. The situation there is escalating and has now become untenable … The Games are not only about gold, silver and bronze, but also about sending a strong message of inclusion.”

Parsons said the IPC was likely to face legal consequences but was confident that the right decision had been made.

The IPC said earlier in a statement that following a specially convened meeting, its Governing Board has decided not to allow athletes from Russia and Belarus to take part. – Rappler.com