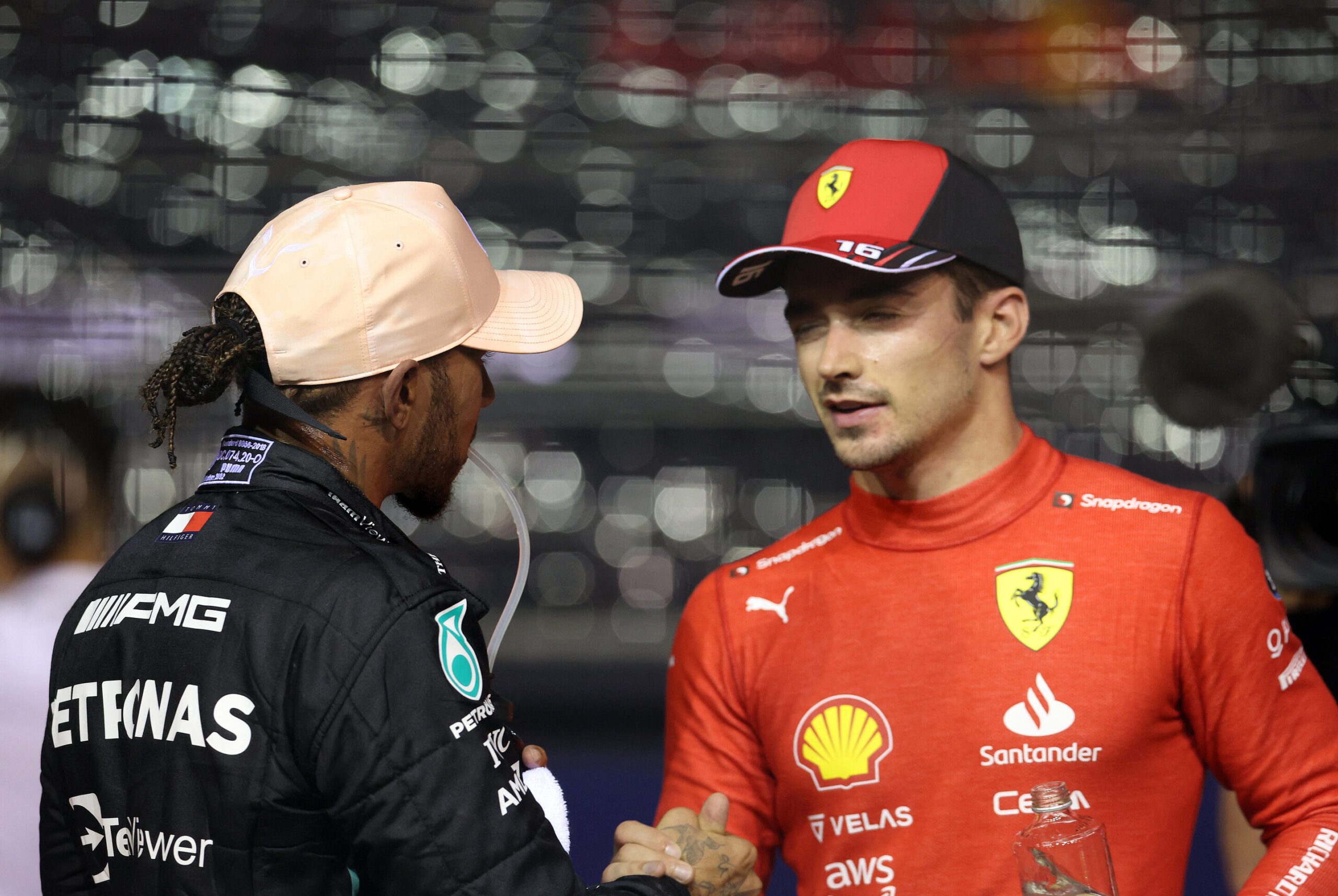 Facebook Twitter Copy URL
Copied
Ferrari's Charles Leclerc will have to fend off the challenge from Red Bull’s Sergio Perez and Mercedes rival Lewis Hamilton, who will be hunting for his first win of the season in the Singapore Grand Prix

SINGAPORE – Ferrari’s Charles Leclerc secured pole position for the Singapore Grand Prix on Saturday, October 1, after a furious Max Verstappen was forced to abandon his fastest lap for fear of running out of fuel.

The Monegasque lapped the 5km Marina Bay track under the floodlights in 1 minute and 49.412 seconds but was set to be usurped by his Red Bull rival.

Verstappen was lighting up the timing screens behind Leclerc and, having traded fastest laps with the Ferrari driver and Mercedes rival Lewis Hamilton during the final phase of qualifying, had saved his best for last on a drying track.

But the Dutchman was forced to settle for eighth on the grid after Red Bull ordered him to abort his pole shot in a major blow to his hopes of wrapping up a second successive title on Sunday with five races to spare.

“It has been a very, very tricky qualifying,” said Leclerc, who will have Verstappen’s teammate Sergio Perez alongside him on the front row instead.

“I did a mistake on my last lap so I didn’t think I’d get pole.”

Leclerc earned his ninth pole of the season and the 18th of his career.

The 24-year-old also started on pole the last time Formula One visited Singapore in 2019, finishing second behind then teammate Sebastian Vettel in a Ferrari one-two.

He is in the perfect place to go one better on Sunday but will have to fend off a challenge from Perez and Hamilton, who will be hunting for his first win of the season from third on the grid.

“I was pushing so hard, it was so, so close,” said Hamilton, who missed out on a first pole of the year by just 0.054 seconds but made it into the top three for the first time this season.

“These guys are so quick but I thought with a perfect lap we could fight for first place, but I just didn’t have the grip in the last lap.”

Verstappen unleashed a fiery, expletive-laden outburst over the radio after being called in to the pits.

He later explained that Red Bull had been worried that he might not have had enough fuel to provide the mandatory post-session fuel sample had he carried on.

Carlos Sainz will start fourth for Ferrari ahead of fellow Spaniard Fernando Alonso in his Alpine. Lando Norris lines up sixth for McLaren.

AlphaTauri’s Pierre Gasly, in seventh, will share the fourth row of the grid with Verstappen.

Kevin Magnussen in a Haas and Yuki Tsunoda in the other AlphaTauri rounded out the top 10.

Thai racer Alexander Albon, who underwent appendicitis surgery and suffered respiratory failure from post-operative anaesthetic complications last month, failed to make it past the opening phase of qualifying. He will share the back row of the grid with Williams team mate Nicholas Latifi.

Verstappen, who turned 25 on Friday, has his first shot at clinching a second title this weekend but would need to win and score at least 22 points more than Leclerc and 13 more than Perez to get the job done on Sunday. – Rappler.com