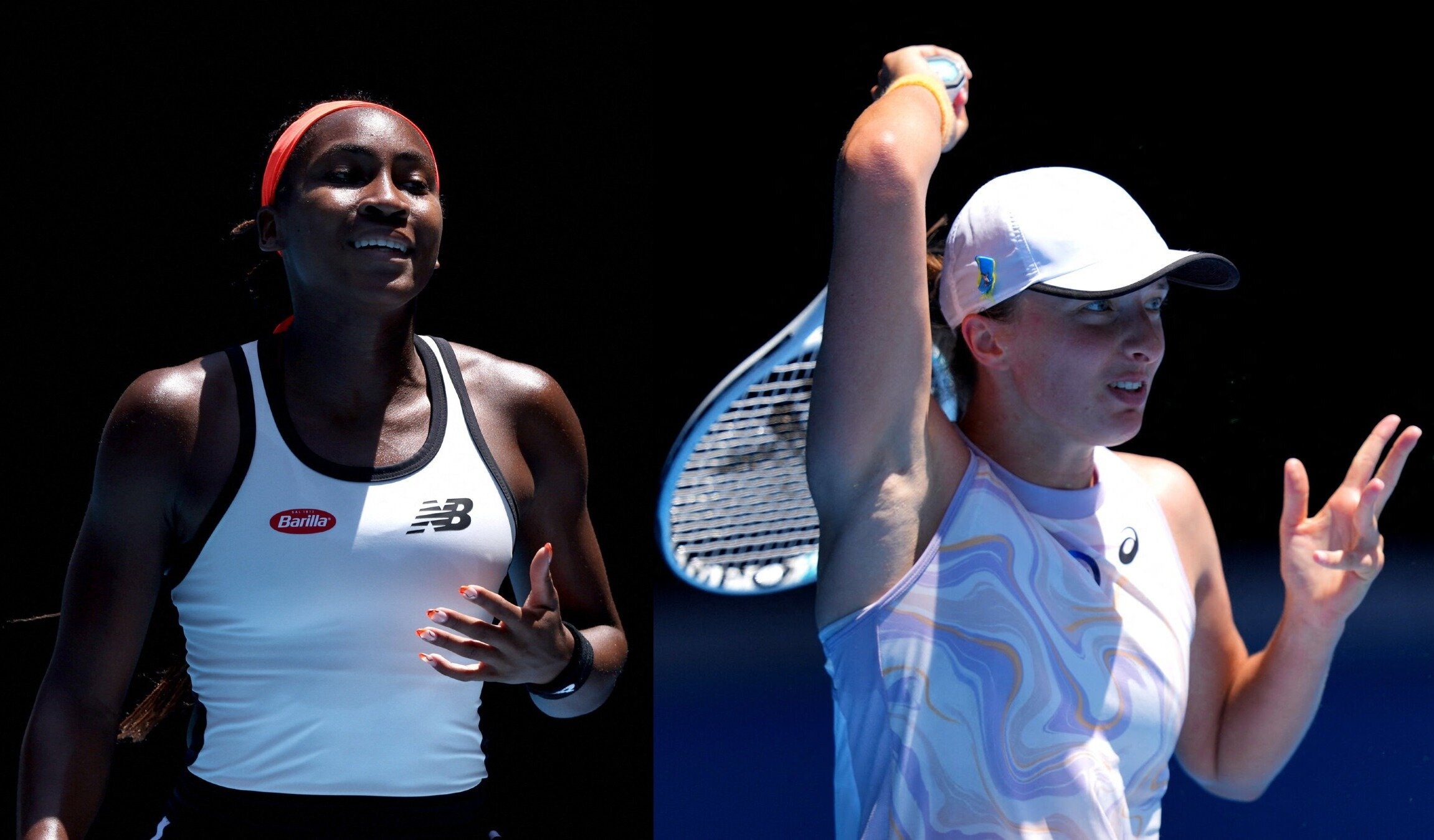 MELBOURNE, Australia – World No. 1 Iga Swiatek crashed out of the Australian Open on Sunday, January 22, with a 6-4, 6-4 defeat by Wimbledon champion Elena Rybakina at Rod Laver Arena.

Kazakhstan’s Rybakina advanced to the quarterfinals of the season’s opening Grand Slam for the first time with an impressive display against the misfiring Pole.

“It was a really tough match and I really respect Iga because of the strike she has and the Grand Slams,” said Rybakina.

“She’s a young player and she plays really well. Today I think was serving also good, just struggling on one side.

“Then in the important moments I played really well and it made a difference.”

Ostapenko, meanwhile, has struggled to reach the heights of her French Open-winning days but the 17th seed simply overpowered Gauff by putting on a power-hitting clinic at Margaret Court Arena.

The Latvian was ruthless in the finish, unleashing a thumping forehand down the line to bring up match point, then clipping the line with a crosscourt forehand winner to give Gauff no chance.

“I always knew and believed in my game,” Ostapenko told reporters.

“If I play well, I can beat almost anyone. I was trying to work more on my consistency, especially in the pre-season. Yeah, just to step on the court and play my game.

“I think I’m doing it quite well this week,” added Ostapenko, who stunned the world in 2017 when she beat Simona Halep in the French Open final before being written off as a “one-Slam wonder” for failing to make much of an impression at the majors in recent years.

A downcast Gauff converted only one of eight break points and was reduced to tears in the post-match media conference.

It was a big setback for the highly fancied American after reaching the final at Roland Garros and the US Open quarterfinals.

“When you play a player like her and she plays really well, it’s like, you know, there’s nothing you can do,” said Gauff.

“I feel like it was rough … So it’s a little bit frustrating on that part.”

Swiatek, the reigning French Open and US Open champion, got off to a rough start, surrendering her opening service game after receiving a warning from the chair umpire over the time she took for her pre-match preparations.

She fought back to level the scores by the fourth game but Rybakina would break again, clinically punishing the Pole’s second serve to take the opening set.

Swiatek looked to have recovered after she rattled off three straight games at the start of the second set behind a more aggressive forehand, only for Rybakina to haul herself level with another break of serve.

The Russia-born right-hander broke Swiatek again at 4-4 in the second set before holding her own serve in convincing fashion to close out the match.