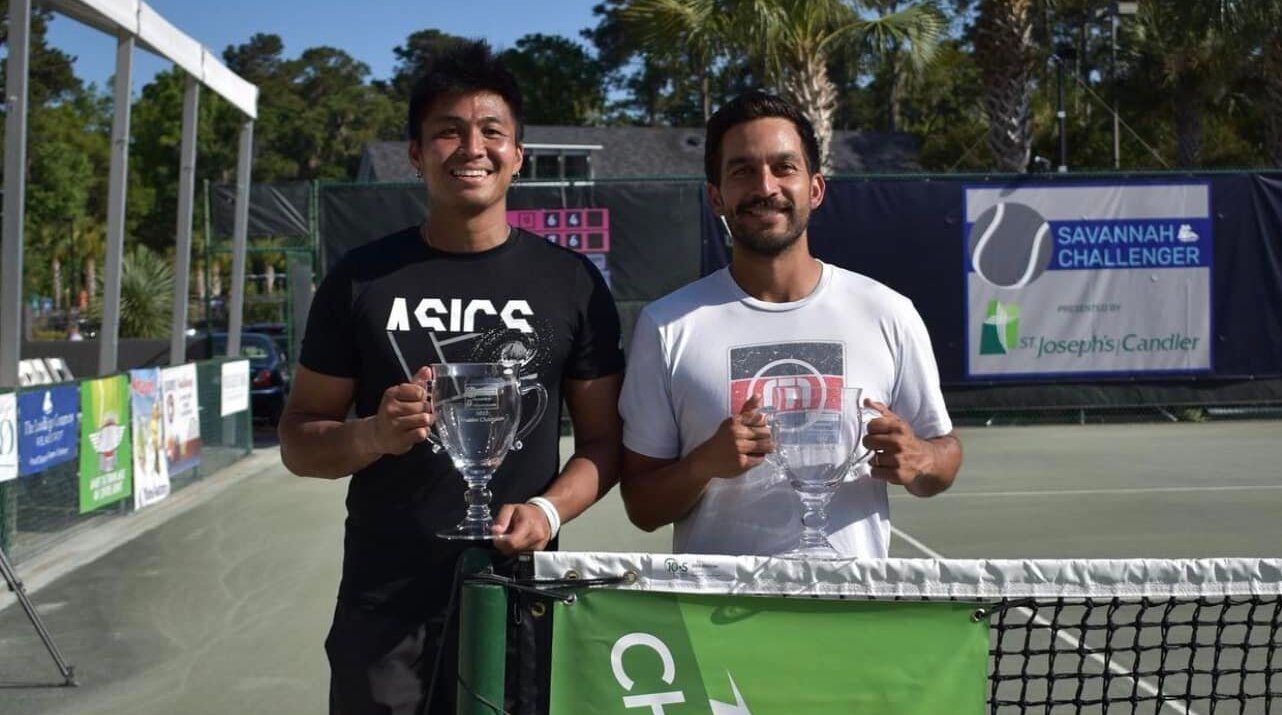 Treat Huey and Ruben Gonzales, the 2019 SEA Games men’s doubles silver medalists, endured some scary moments before clinching the championship of the ATP Savannah Challenger in the US on Saturday, April 30 (Sunday, May 1, Manila time).

In Egypt, Filipino Francis Casey Alcantara, the 2019 SEA Games doubles gold medalist, teamed up with Colin Sinclair of the Northern Marianas Islands to rule the $25,000 ITF M25 Cairo on Saturday at the Al-Solaumaneyah Tennis Center.

Huey, Gonzales, and Alcantara will all see action for the Philippines in the Vietnam SEA Games this May.

The Filipino Huey-Gonzales tandem defeated Zhizhen Zhang of China and Tung-Lin Wu of Chinese-Taipei in two gripping sets, 7-6 (7-3), 6-4, in the final of the $53,000-tournament at the Landings Club in Savannah, Georgia.

It’s the second ATP Challenger title for the year for Huey after he won last March the Arizona Tennis Classic. He currently ranks 138th in the world doubles ranking after ranking as high as 18th when he made the Wimbledon doubles semifinals a few years back.

Alcantara and Sinclair, meanwhile, handily prevailed in straight sets over Denis Klok and Ilya Rudiokov of Russia, 6-3, 6-3, in the final.

The winning tandem briefly engaged in a close battle against their Russian rivals in the opening set which was tied until the sixth game at 3-3.

The pivotal point came in the eighth game when Alcantara and Sinclair broke serve for the second time to go up 5-3 before holding serve to claim the first set. They carried over their momentum to the second set where they broke serve twice to close out the match.

Alcantara and Sinclair finished runner-up in a $15,000 ITF event in Egypt last week where they lost in the finals to Rudiokov and Argentinian Lorenzo Joaquin Rodriguez.

This is Alcantara’s first international title for the year after finishing runner-up in three previous ITF events. – Rappler.com

WTA not returning to China in 2022, wants resolution to Peng case