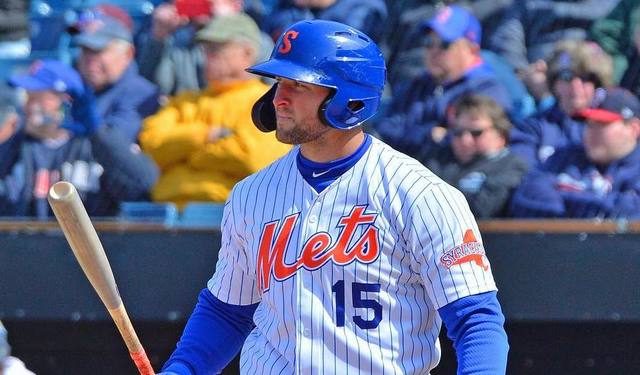 STILL PASSIONATE. Tim Tebow can represent the Philippines in the WBC qualifiers.

Philippine baseball is still keeping its hopes up that the postponed World Baseball Classic qualifiers will be staged later this year, which will allow Triple A Minor League Baseball player Tim Tebow to represent the country.

Tebow, a former NFL quarterback, is expected to return to the Minor League this season.

Despite his age, the 33-year-old still continued to express his desire to compete in the sport, which is a good sign for Philippine Amateur Baseball Association (PABA) secretary-general Pepe Muñoz.

“The Mets are enjoying a benefit by his participation. And so he will continue to be a member of the program of the Mets at least for this year,” said Muñoz.

“So once we know the schedule of the WBC, he will still remain for us as a potential player.”

Tebow, who was born in Makati City, is allowed to represent the Philippines as WBC rules state that an athlete can represent his birth nation without holding the country’s passport.

In 2019, Tebow sustained a season-ending laceration on his left pinky finger.

But the sports star was invited to the Mets’ spring training last year, even if he did not make the final 60-man pool. – Rappler.com