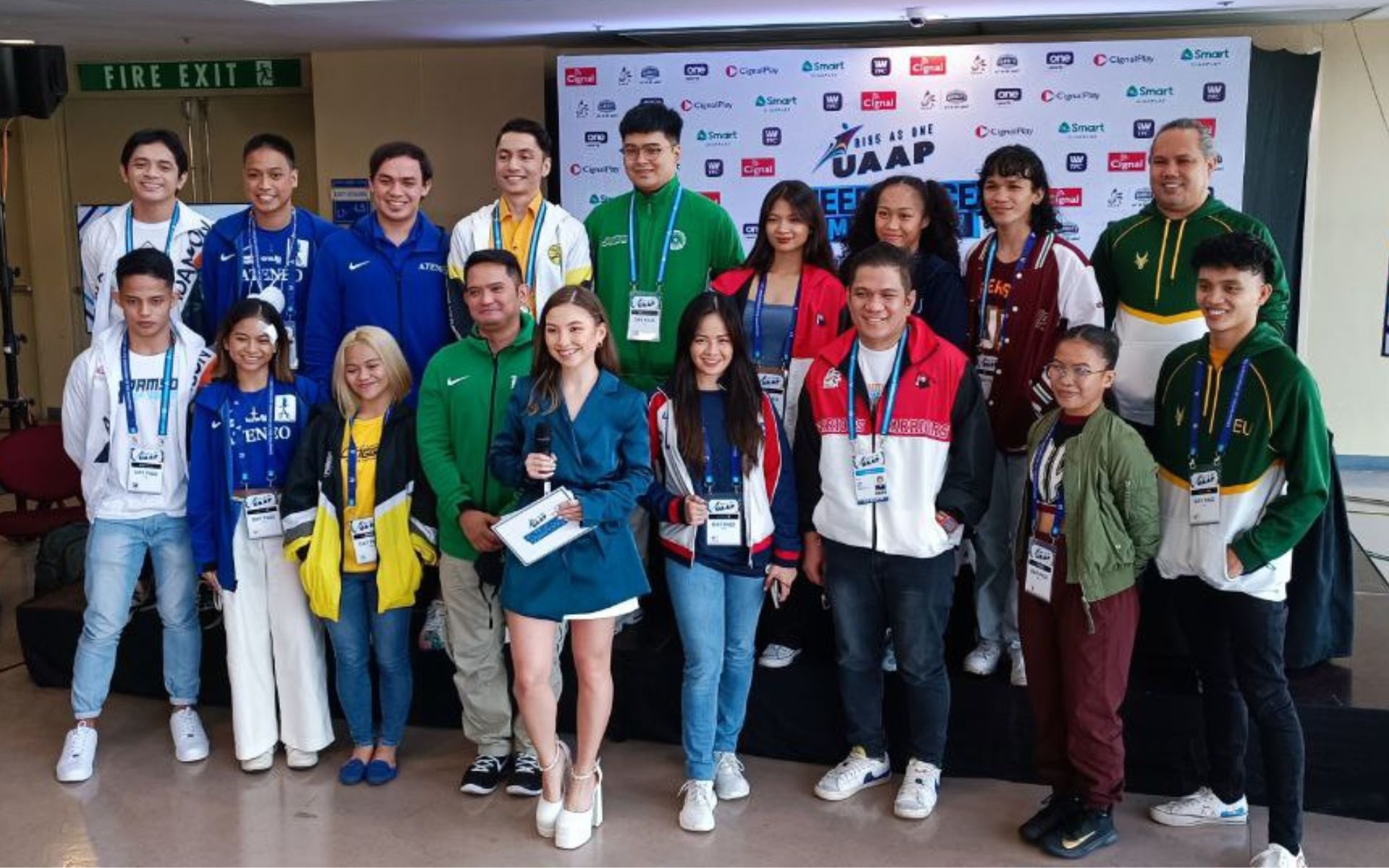 ONE MORE TIME. UAAP cheerdance coaches and team captains gather at the Season 85 press conference at the Mall of Asia Arena

MANILA, Philippines – The UAAP Season 85 Cheerdance Competition (CDC) will be back in its full glory on Saturday, December 10, at the Mall of Asia Arena after the league decided to lift all pandemic-era restrictions on the popular spectator event.

Returning to the CDC are full arena capacity for fans, pep squad drummers supporting dance routines, a maximum of 25 members on the floor up from 15, and a maximum of six-minute performances up from last season’s controversial limit of three.

A minor alteration to this season’s show will be a pre-arranged coordination among pep squad drummers – per the request of MOA Arena management – to avoid playing over one another and possibly lessen the noise.

Last season’s silver medalist Adamson Pep Squad will open this season’s event with a theme of “Reinvention,” followed by the UE Pep Squad and their theme of Pinoy pop or p-pop.

Eight-time champion UST Salinggawi Dance Troupe will perform third, hinting at a “monster” theme, while the DLSU Animo Squad will come out fourth with an homage to Janet Jackson.

One-time silver medalist Ateneo Blue Eagles will perform fifth with the theme “Ateneo Forever,” as the defending champion FEU Cheering Squad follow up with a tribute to the “Master Rapper” Francis Magalona.

Last season’s second runner-up NU Pep Squad will be the penultimate act, before the reinvigorated eight-time titlist UP Pep Squad will close out the show with a mysterious “big question mark” theme.

“We focused on the conditioning and the diet of the kids. I think we rushed Season 84. At least now, we have more than enough time to prepare for this competition,” said longtime NU coach Ghicka Bernabe.

“We prepared the same, like it’s any other competition,” added FEU champion mentor Randell San Gregorio in Filipino. “We wish everyone safety.”

“I hope we’re all healthy by Saturday and we can give a great show to the crowds that really support us.”

Fans can watch the event live on One Sports on free television, the UAAP Varsity Channel on pay TV, and Cignal Play online.

Ticket selling is already underway in each member university, but the league is still awaiting clearance from SM Tickets before seats can be sold to the general public. – Rappler.com