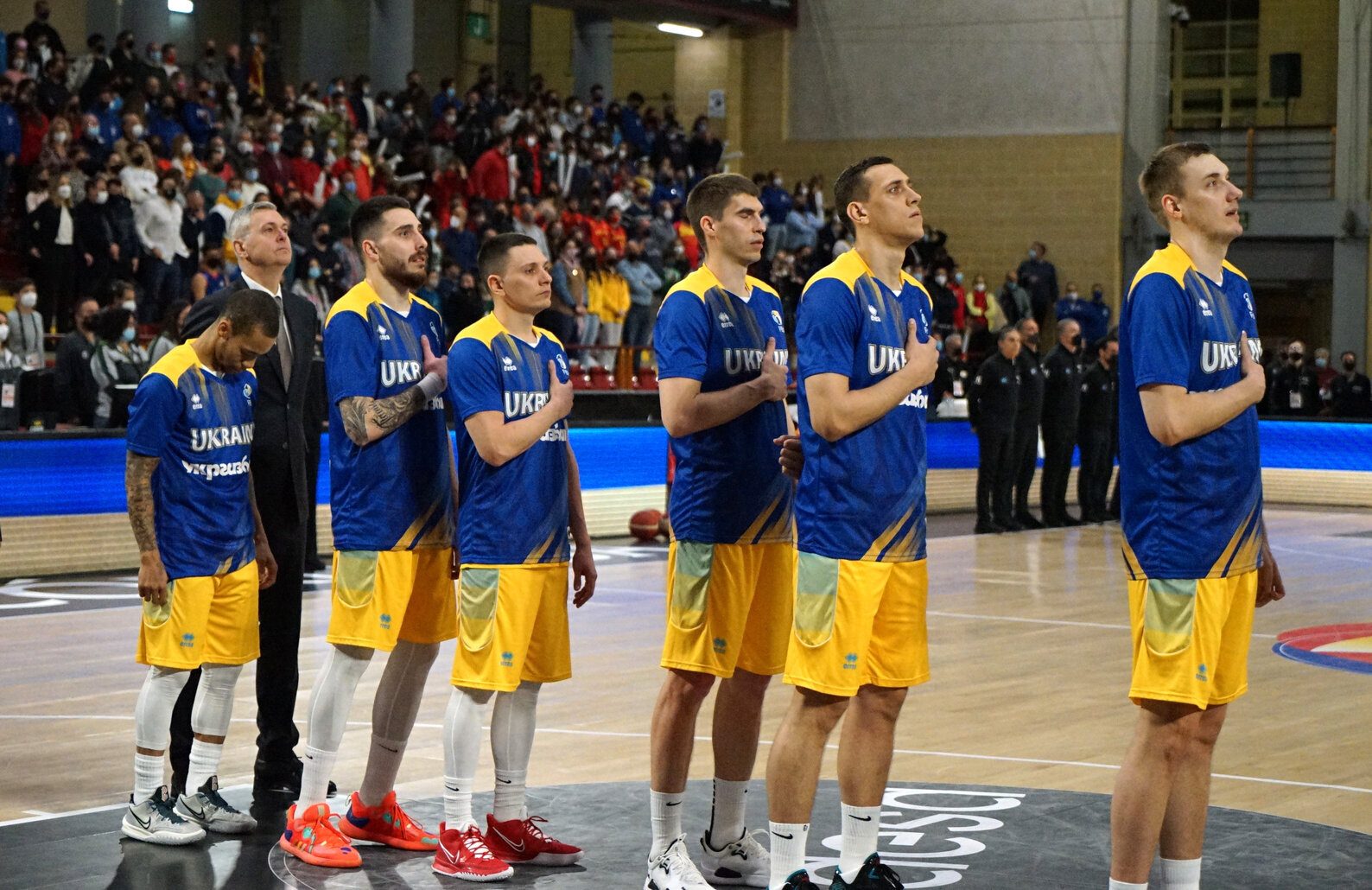 Facebook Twitter Copy URL
Copied
‘It is impossible to think about a game when you know your family is in pain, with your country's being bombed at the same time,’ says Ukraine basketball star Artem Pustovyi

CORDOBA, Spain – With tears blurring the words “No war” written on his cheeks, Ukraine basketball star Artem Pustovyi said the national team wanted to be “strong like the whole country” in Thursday’s match, February 24, against Spain just hours after Russia’s invasion.

“It must be the most difficult day of my life. We were all awake at 5 am with the news about the war and the invasion,” Pustovyi told Reuters after the FIBA World Cup qualifying match in Cordoba.

A minute’s silence was held before and after the game, won by Spain 88-74, while the sold-out crowd in the Palacio Vista Alegre arena gave the Ukrainian team a standing ovation and many players burst into tears after the match.

“Nobody could believe what is happening with our country. It is impossible to think about a game when you know your family is in pain, with your country’s being bombed at the same time,” Pustovyi said.

The Ukraine national team arrived in Spain on Tuesday after FIBA postponed what would have been the second game between the two teams on Sunday in Kyiv. The Thursday match in Cordoba was confirmed just that morning by FIBA.

“Trust me, there is no way someone can be mentally prepared for playing a game under these circumstances,” coach Ainars Bagatskis told Reuters.

“I’m proud about my players for the way they found energy and emotions to get into the court. I hope nobody have to go through what we went today.”

Pustovyi said he understood the game had to be played and the team used the opportunity to show the world and the Ukrainian people their strength.

“We try not to panic and be strong like the whole country. The support we had from Spanish fans was heartwarming. But it was important to also see our fans in the stands because we share the same pain.”

A small group of Ukrainian supporters gathered outside the Palacio Vista Alegre arena to protest the Russian invasion. Many Spanish fans stopped during the day in front of the team’s hotel to show their support.

The Ukrainian players, staff and media now face the uncertainty of what comes next.

A source close to the team told Reuters a charter flight that was due to take them from Madrid to Kyiv on Friday had been canceled.

With Ukrainian airspace closed, the delegation will head to Madrid on Friday morning and will stay in the Spanish capital while liaising with the Ukrainian embassy.

“We are basically stuck in Spain until further notice,” the source said. – Rappler.com