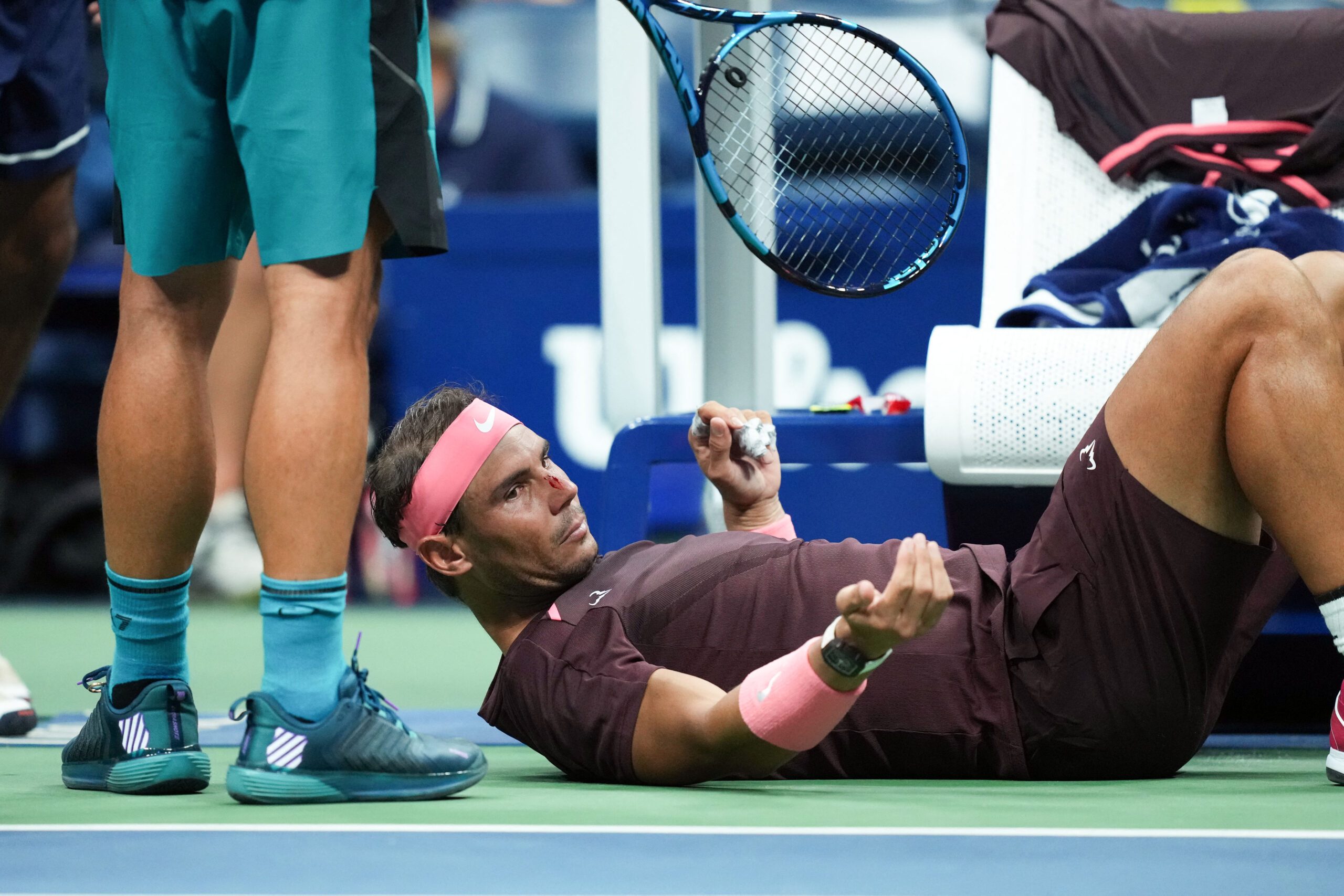 HIT. Rafael Nadal of Spain lays down after an injury to his nose during a match against Fabio Fognini of Italy.

The veteran Italian came out flying to build a set and a 4-2 lead as Nadal struggled to find a rhythm, raising the possibility of an upset like the one Fognini memorably pulled off against the Spaniard at Arthur Ashe Stadium seven years ago.

Momentum shifted in Nadal’s favor in the third set when he raced down an overhead and crushed a forehand down the line to break Fognini and take a 4-2 lead.

He broke the fading Fognini again to capture the third set and appeared to be cruising to the finish line when, while leading 3-0 in the fourth set, his racket bounced off the court and struck him sharply on the bridge of his nose.

That led to a medical timeout where the 22-time Grand Slam champion lay on his back with his eyes closed as a pink bandage was applied to stop the bleeding.

Nadal regrouped and with the backing of the partisan crowd sealed the win on Fognini’s 60th unforced error to end the ugly affair in which the players combined for 15 breaks of serve and 11 double faults.

“For more than one-and-a-half hours I was not competing, it was one of my worst starts ever,” Nadal said in an on-court interview.

“When this happens, hopefully not too often, you have to stay positive and stay patient. The match is long.”

Talking to reporters after the match, Nadal said the blow from the racket left him dizzy and in pain.

“Seems like is not [broken]. I am not sure yet. I don’t know. I think it’s getting bigger and bigger.”

With the win, Nadal avenged his loss to Fognini at the 2015 US Open when the Italian roared back from two sets down. Nadal is now 14-4 against Fognini lifetime.

Nadal is a commanding 18-0 lifetime against the Frenchman. – Rappler.com