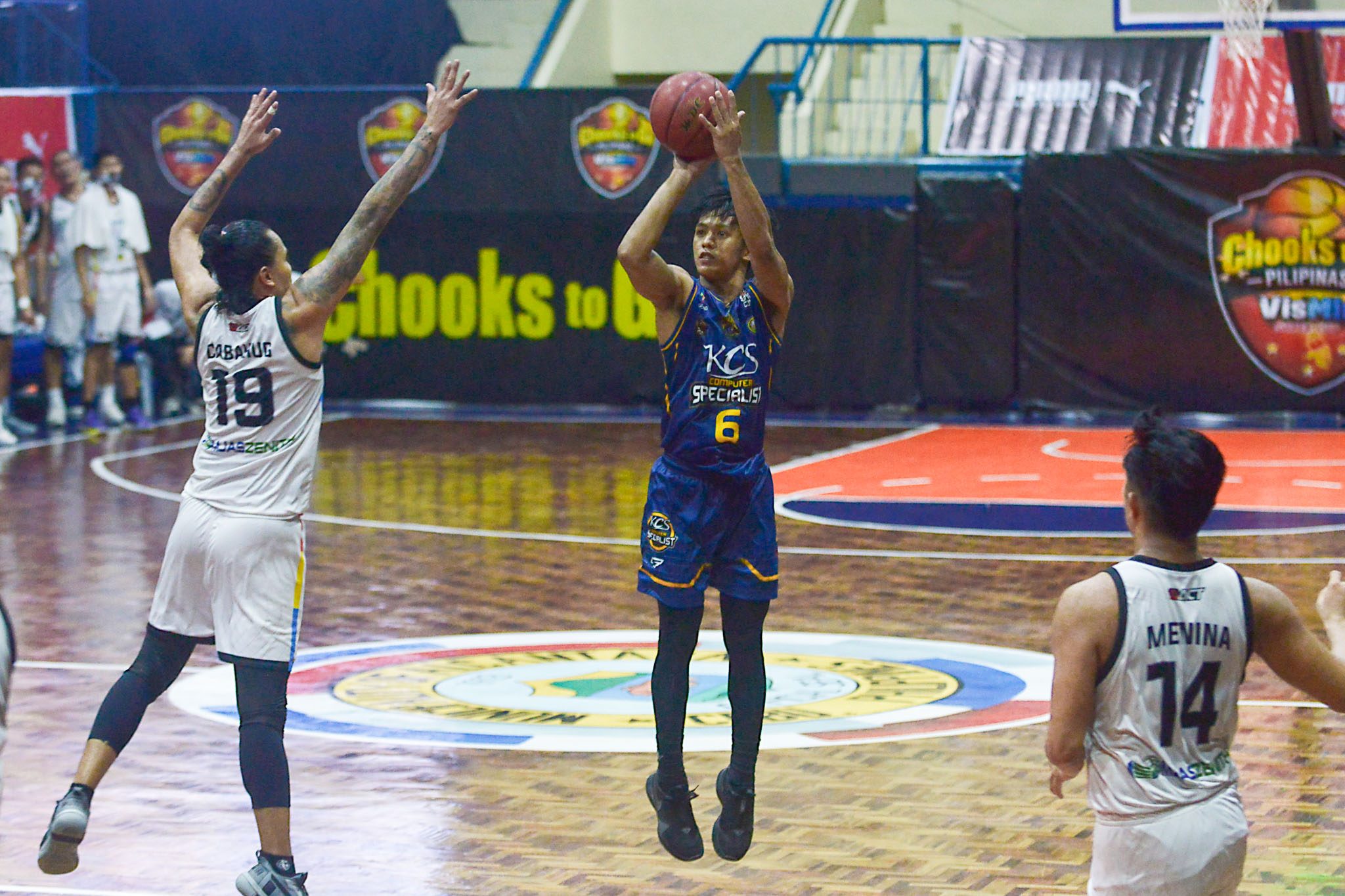 CLUTCH. Shaq Imperial emerges as the Game 1 hero for Mandaue.

Jaymar Gimpayan’s MVP coronation day in the Chooks-to-Go VisMin Super Cup Visayas Leg proved to be a short-lived celebration as KCS Computer Specialists-Mandaue stunned the MJAS Zenith Talisay City Aquastars, 67-66, in Game 1 of the finals on Friday, May 7.

Reserve guard Shaq Imperial best played the spoiler role as he erupted for 16 points off the bench on a 3-of-7 clip from three in just 17 minutes.

Team star Gryann Mendoza chipped in 15 points and 3 rebounds as Mandaue handed Talisay its first loss of the season after a 10-game sweep of the eliminations.

With Talisay up by 2, 66-64, after two Darrell Menina free throws, Imperial followed up with a missed triple, got a rebound, and then clanked off a short jumper.

Despite Mandaue blowing an 11-point fourth quarter lead in the possessions prior, a confident Imperial got the ball back after an offensive board by Michole Sorela, and finally sank the go-ahead three-ball to push KCS back up, 67-66.

Talisay had a shot at regaining the lead after big man Jhaymo Eguilos got fouled, but he blew both free throws as Mandaue forward Dyll Roncal secured the rebound with 32 ticks left.

The Aquastars then could not get off a good shot in the ensuing final scramble for the ball as Mandaue held on to the stunning victory.

Patrick Cabahug led Talisay in the heartbreaking loss with 12 points while Eguilos chipped in 8 markers and 17 boards.

Gimpayan added 7 points and 11 rebounds off the bench after securing MVP honors with averages of 12.5 markers, 8.9 boards, and 1.1 assists.

Mandaue now has a shot to close out the once-unbeaten Talisay in the best-of-three series in Game 2 Saturday, May 8, 7 pm.