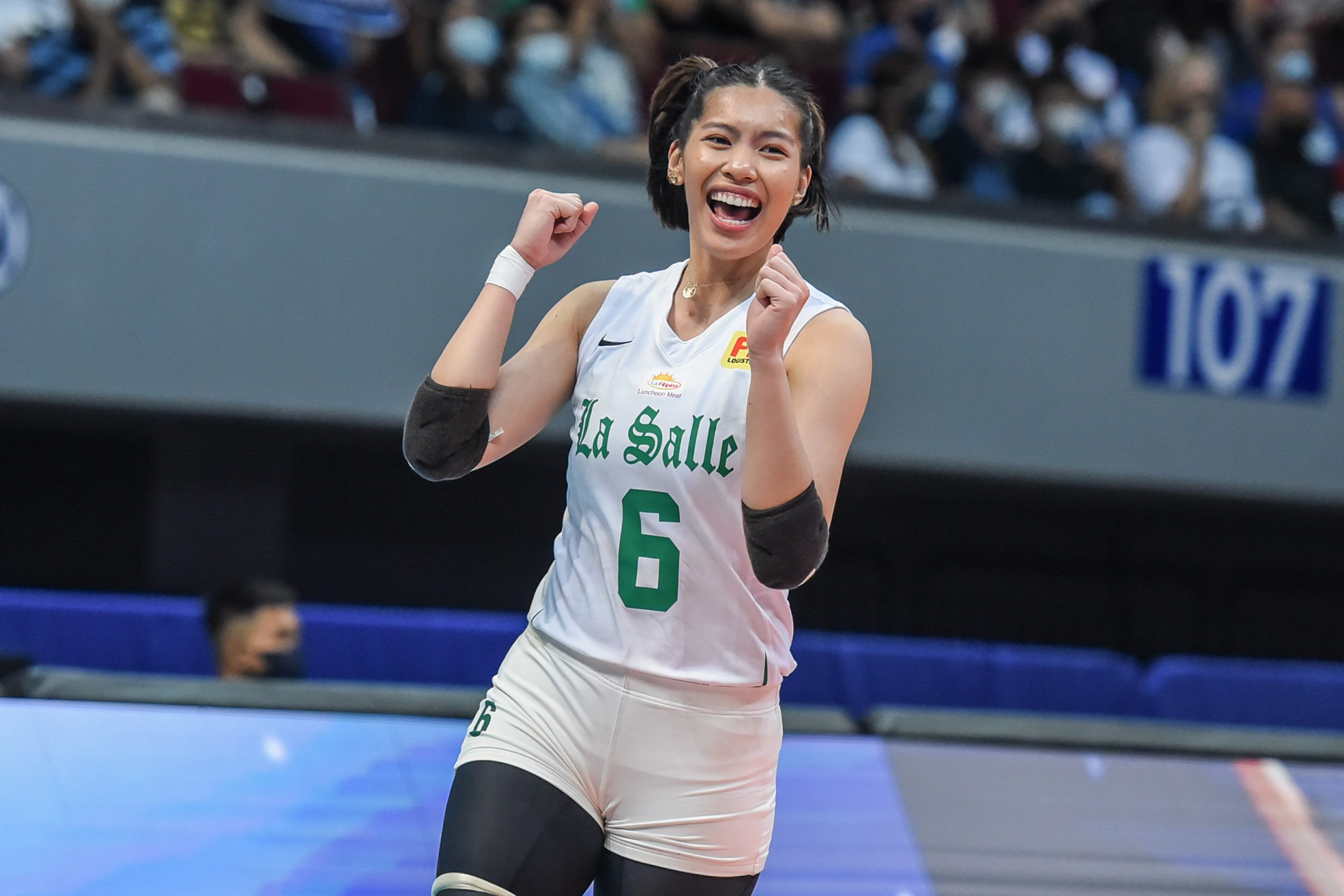 MANILA, Philippines – The La Salle Lady Spikers are set to be the 18th and final team to join the 2022 Shakey’s Super League opening on Saturday, September 24, at the Rizal Memorial Coliseum.

The Lady Spikers will be in Group D alongside sister school and NCAA champion St. Benilde, Letran, and FEU.

Pool A is composed of UP, UE, Mapua, San Beda, and Perpetual, while Pool B will feature Adamson, UST, San Sebastian, EAC, and LPU.

“For the first time in the history of Philippine volleyball, we have all 10 NCAA teams and all eight UAAP squads coming together under one roof as Shakey’s continues to play its role in amateur grassroots, collegiate student-based sports,” said Shakey’s president and CEO Vicente Gregorio.

“This is our group’s humble contribution to further improve the sports of volleyball in the country.”

The top two teams of each pool will advance to the next round where they will be grouped into two pools for another round-robin play to determine their ranking in the knockout quarterfinals.

Both the semifinal and final are also knockout matches. Games will be played every weekend over a two-month span. – Rappler.com

Enjoy discounts when you buy sportswear with this Adidas promo code.