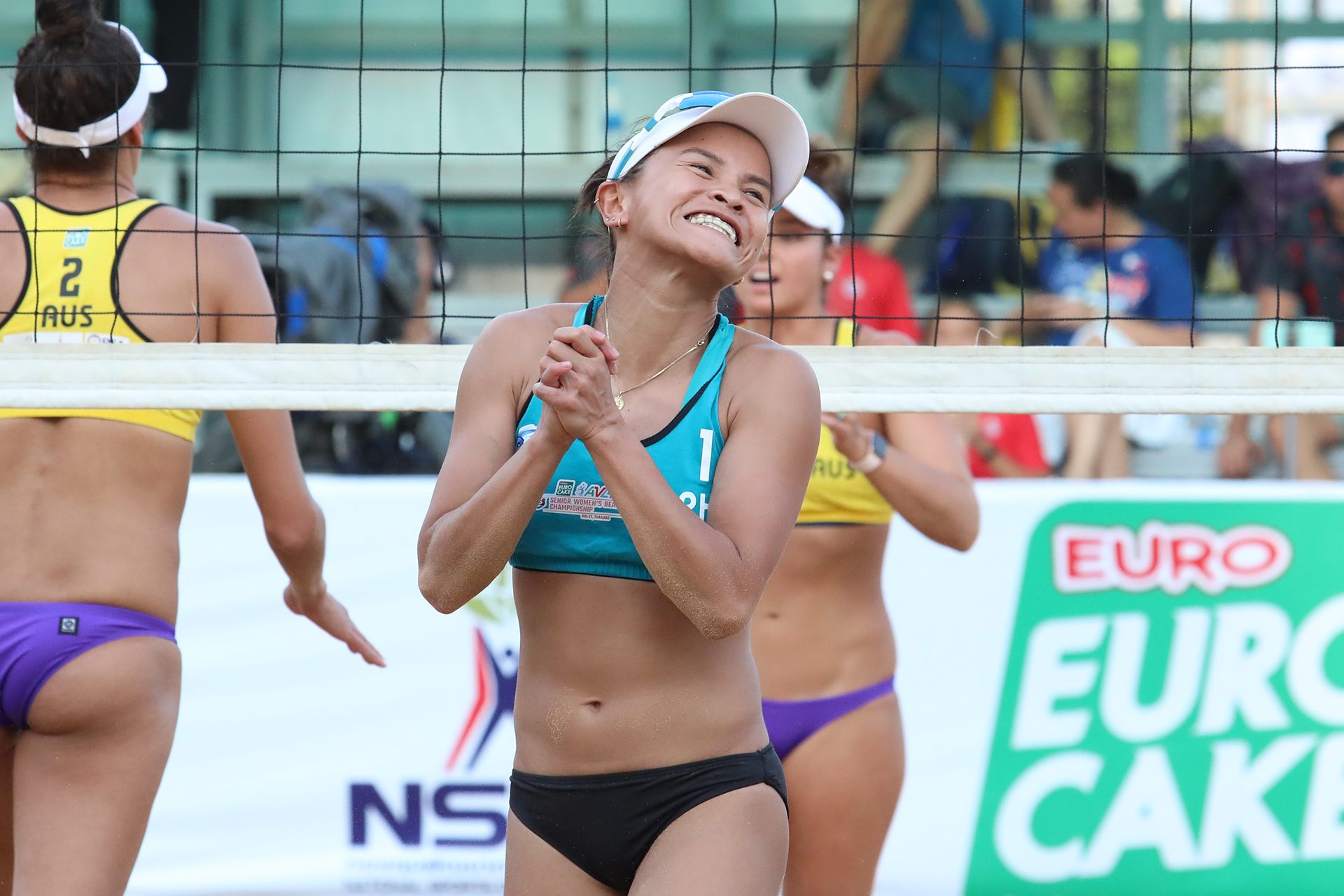 MANILA, Philippines – The two Philippine women’s teams ended their campaigns but not after a valiant effort in the round of 16 of the Asian Volleyball Confederation (AVC) Senior Women’s Beach Volleyball Championship Thursday, September 15, in Roi-Et, Thailand.

Rondina and Pons, relishing the experience of playing against Tokyo Olympics silver medalists, kept it close and forced the Aussies to call a timeout in the second set.

That was enough for the tournament’s top-ranked team to regroup and pull away to prevail, ending the Filipinas’ bid to secure a seat in the quarterfinals.

It was Rondina and Pons’ second consecutive round of 16 stint after the longtime pair made it past the pool stage of the AVC Beach Tour Roi-Et Open a week ago.

Making it to the round of 16 this time after missing the cut in the Roi-Et Open, Dij Rodriguez and Gen Eslapor wrapped up their campaign with a 21-7, 21-14 loss to Thailand 1’s Worapeerachayakorn Kongphopsarutawadee and Taravadee Naraphornrapat.

In the elimination round, Rondina and Pons finished second with a 2-1 record in Pool D.