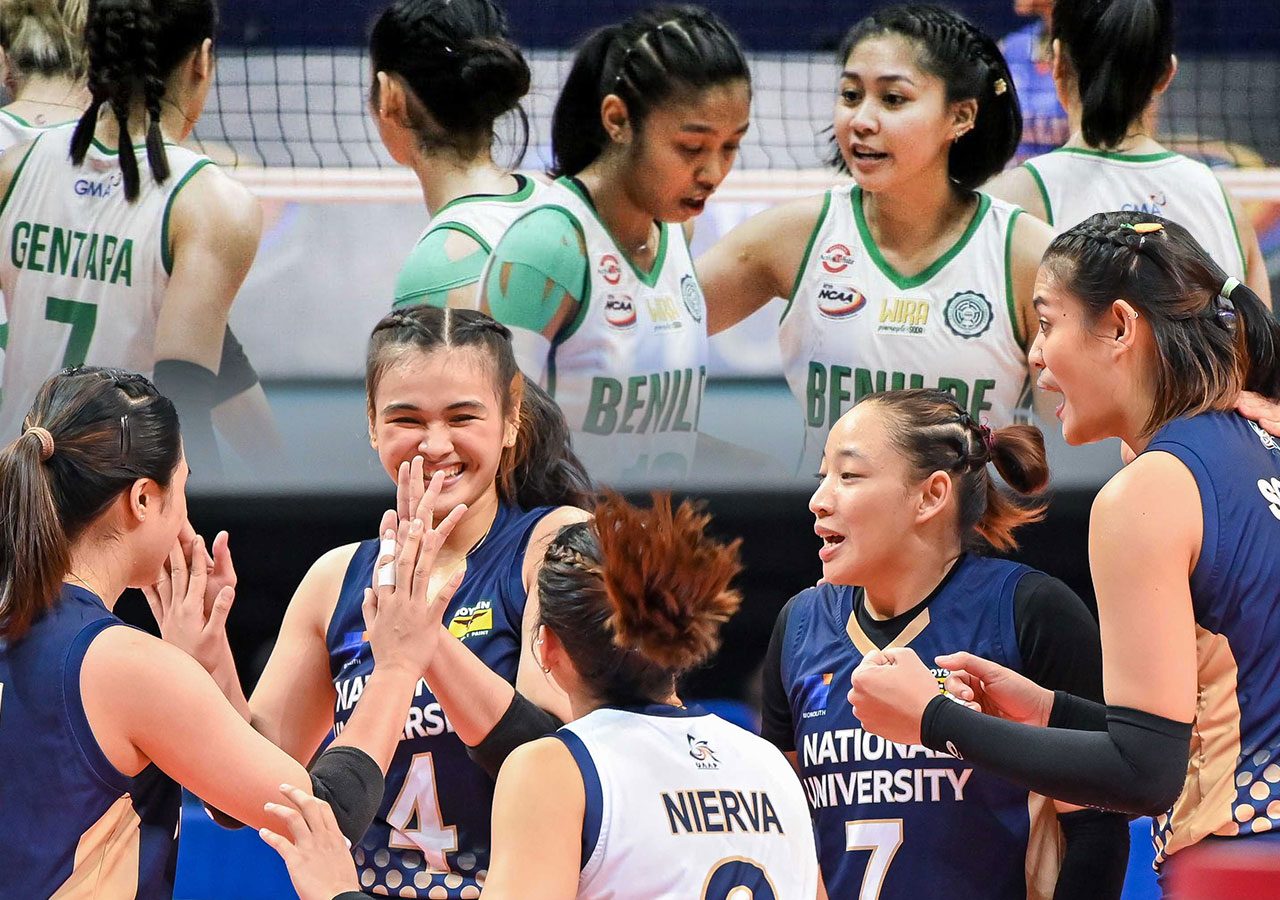 VOLLEY QUEENS. The NU Lady Bulldogs and the St. Benilde Lady Blazers look to bring their champion form in the SSL.

MANILA, Philippines – For the first time ever, all 18 UAAP and NCAA women’s volleyball teams will be duking it out for supremacy in one setting with the inaugural staging of the Shakey’s Super League (SSL) 2022 Pre-Season Championship.

The tournament, which will hold its first serve on Saturday, September 24, will be held during weekends at the historic Rizal Memorial Coliseum in Malate, Manila.

Organizers of the league said they’re thrilled to have all the eight UAAP squads and 10 NCAA teams.

“We’re very excited about this conference as we will be able to watch college and university teams compete before the start of their respective collegiate seasons,” said Dr. Ian Laurel, head of SSL organizer Athletic Events and Sports Management (ACES), in a press conference on Saturday.

According to the tournament organizers, the league will be divided into four groups, with the top eight teams advancing to the group phase quarterfinals.

The top two teams will then advance to the knockout semifinals for a chance to go to the winner-take-all championship game.

Laurel said the games are scheduled on weekends to maximize the student-athletes’ academic productivity during weekdays. Under an all-to-play format, all rostered players will receive playing time, he added.

“This tournament format will benefit the teams as they work on improving their level of play and [it’s also a] chance for coaches to use different combinations of players,” said Laurel.

“This will also serve as a huge opportunity for new recruits and those off the bench to showcase their skills.”

Meanwhile, ACES chairman Philip Ella Juico said a second conference – a national invitational tournament – will be held in July or August 2023, which will feature the top three UAAP and NCAA teams, plus regional squads that advanced from a qualifying tournament. – Rappler.com