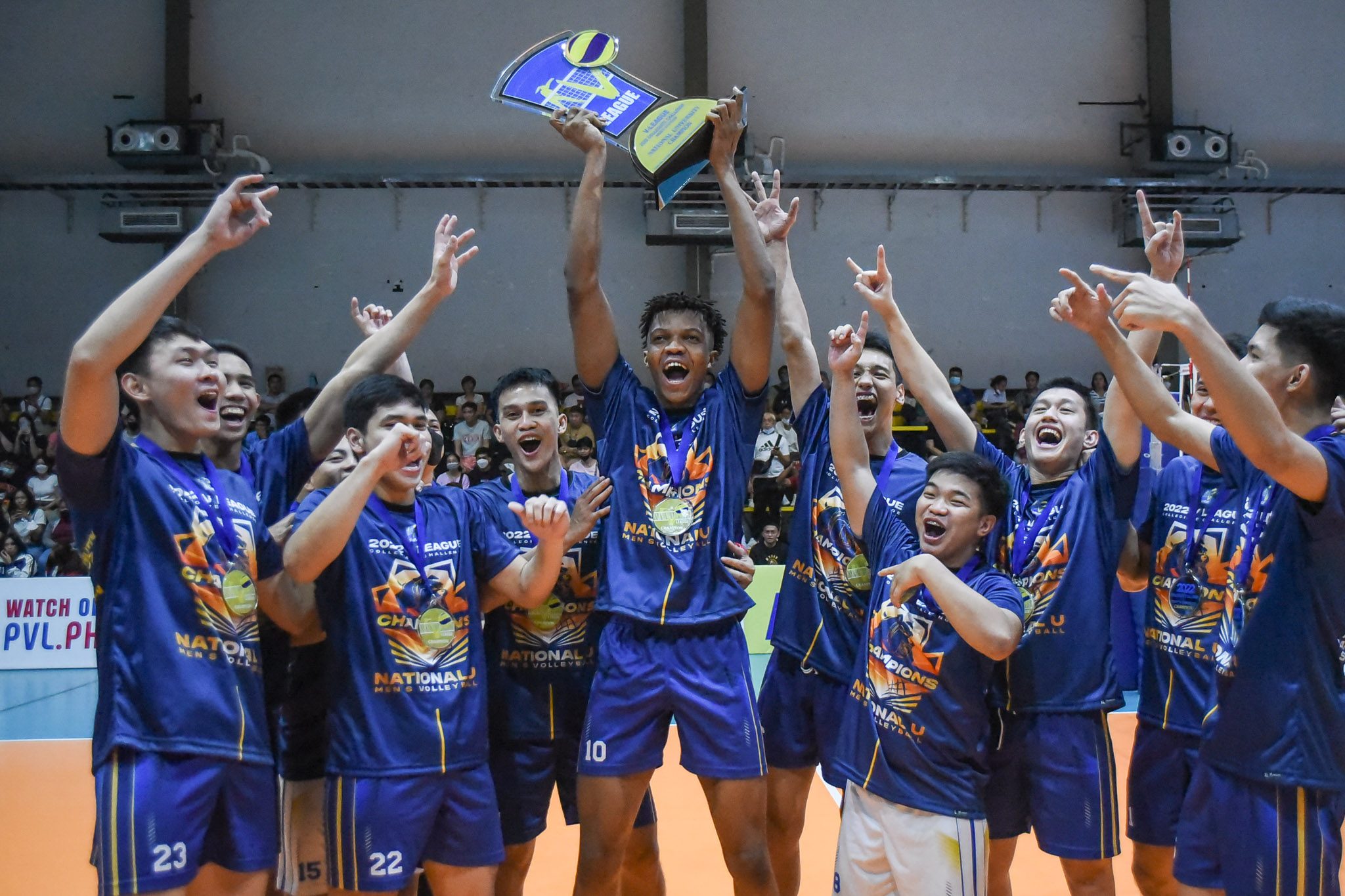 The Bulldogs nearly blew a huge 16-6 lead in the third as the Tiger Spikers fought back to threaten within three, 20-23, behind Josh Ybañez, Gboy De Vega, Edlyn Colinares, and Charles Magpayo.

Kennry Malinis, however, scored on a hit to put NU at championship point but Nico Almendras served into the net, giving UST a crack at extending the match.

But Malinis broke free in a combination play, lifting the Bulldogs to victory, their second straight championship after beating the Cignal HD Spikers in the recent Spikers Turf.

“In this do-or-die match, I really saw how the players wanted the championship unlike in Game 2 where we relaxed,” said NU head coach Dante Alinsunurin, who also credited the organizing Sports Vision for putting up the men’s volleyball tournament in the run-up to the collegiate wars.

“This is a big help… they’re giving the men’s division a lift.”

UST actually led by two late in the second frame, but back-to-back errors enabled NU to tie the count at 22 before Obed Mukaba shoved them on top on a drop shot.

De Vega countered to draw level again but Mukaba did what he does best, controlling the middle, his back-to-back blocks giving the Bulldogs a 2-0 set cushion.

Mukaba came through with 14 points on 8 attacks, 5 blocks, and an ace, while Almendras, the tournament MVP, and Malinis punched in 12 points each. Almendras also finished 21 excellent receptions and 6 digs.