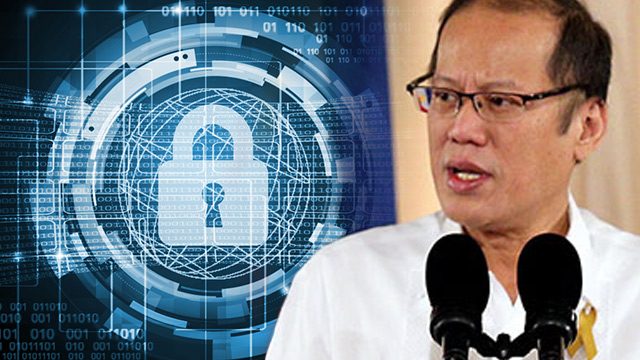 MANILA, Philippines – President Benigno Aquino III is setting up an inter-agency committee to better prepare and prevent the country against cyberattacks.

According to Executive Order No. 189, released on Wednesday, September 23, the Cybersecurity Inter-Agency Committee will be tasked with a number of different functions related to cybersecurity measures.

Part of the executive order also tasks the various bureaus and offices of the government with having Computer Emergency Response Teams (CERTs).

These CERTs, under the guidance of the National Computer Emergency Response Team (NCERT), will oversee and audit various governemnt offices for compliance with NCERT guidelines.

The Cybersecurity Inter-Agency Committee will be chaired by the Executive Secretary, Paquito Ochoa Jr, co-chaired by the Director-General of the National Security Council (NSC), Cesar Garcia, and the Secretary of the Department of Science and Technology (DOST), Mario Montejo. – Rappler.com