Globe to upgrade bandwidth on broadband plans by October 24 – report 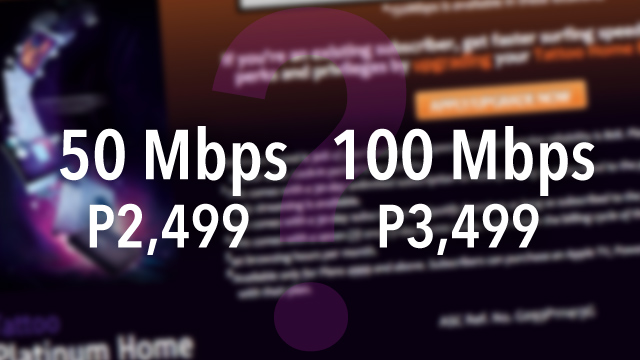 MANILA, Philippines – Globe Telecom may be coming out with upgraded Platinum Broadband plans that have higher bandwidth, according to a report by Yugatech on Wednesday, October 21

The leaked document acquired by Yugatech pointed out that Globe Telecom will provide a 50Mbps (Megabits per second) unlimited connection for P2,499. There will also be a 100Mbps line for P3,499.

The report follows PLDT’s launch of a 1Gbps (Gigabit per second) fixed broadband line in the country.

If the announcement is accurate, Globe users should expect the change to become effective on October 24. – Rappler.com