93% of Netflix US titles not available on Netflix PH – Report 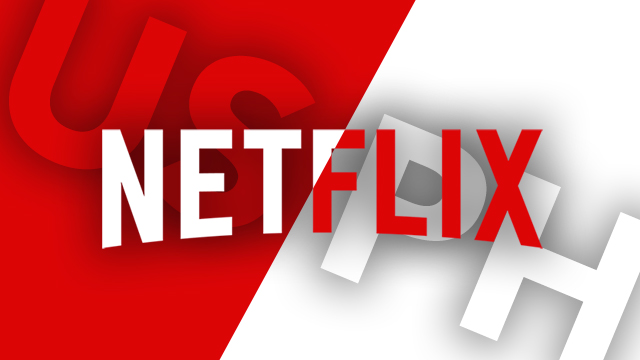 On Thursday, January 7, information and analysis website Finder.com released 3 websites that allowed prospective Netflix users in the Philippines to see what they might be getting from signing up for the Philippine version of Netflix.

The information on each page lists each title, the year of release of the TV show or movie, the runtime of the program in minutes, its Netflix rating, and the associated genres for the programs.

Meanwhile, Finder.com/ph is a searchable, 18-page list comparing what’s available on Netflix Philippines and on Netflix USA at present.

While the top of the page does mention “93% of titles available on Netflix in the US are NOT available in the Philippines,” the Philippines does carry a number of movies and TV shows that have already been phased out in the US listings.

For instance, Philippine fans of Star Trek, The Walking Dead, and The Flash will be unable to view the show – or in the case of Star Trek, its various shows and seasons – on-demand on Netflix Philippines.

Tech In Asia, meanwhile, took a look at the differences in the US, Singapore, India, Indonesia, and Malaysia as well as some of the copyright strangeness that might be operating in the background.

Those who are interested in checking if Netflix is a worthwhile choice for the price involved may want to consult these lists before diving in. – Rappler.com