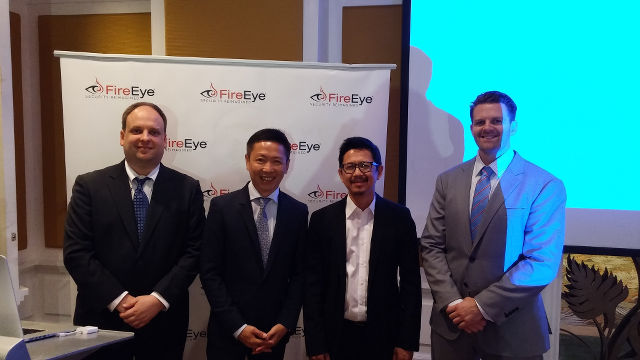 In a press briefing, FireEye representatives said they observed at least 3 advanced persistent threat groups (APTs) and a number of other advanced threat actors targeting the country. 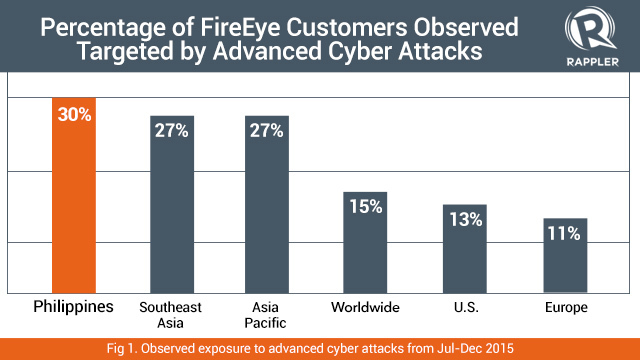 FireEye observed that in the Philippines, 30% of its customers were targeted by advanced cyber attacks, compared to the worldwide average of 15%.

Eric Hoh, president for Asia Pacific at FireEye, said in a statement: “The Philippines’ cyber security gap is an urgent economic and national security concern. Organizations here are frequently targeted by advanced attackers.”

He added, “As geopolitical tensions drive rapid militarization in the South China Sea, it’s important we acknowledge the first shots in any conflict will be fired in cyberspace.”

For instance, FireEye reported in April 2015 that a decade-long state-sponsored cyberespionage campaign was conducted by a China-based cyber threat actor. Targets of the operation included governments, businesses, and journalists which hold key political, economic, and military information on Southeast Asia and South Asia.

Clues found by FireEye in their analysis of the group’s malware suggest that the group targeted the Philippines as part of the campaign.

“In this new era,” Hoh explained, “nations with weak cyber defenses can expect their infrastructure, services, and defensive capabilities to be significantly eroded in armed conflict.” – Rappler.com