Nov 17, 2016 7:51 PM PHT
Agence France-Presse
Facebook Twitter Copy URL
Copied
'The social networking site LinkedIn has been added to a register of violators... and submitted for blocking by internet operators,' the Roskomnadzor watchdog says in a statement on its website 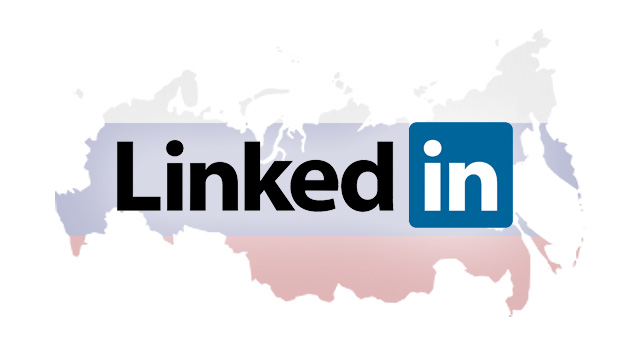 “The social networking site LinkedIn has been added to a register of violators… and submitted for blocking by internet operators,” the Roskomnadzor watchdog said in a statement on its website.

The site, popular with job-seekers, could still be accessed on a cell phone in Moscow early on Thursday afternoon but several providers said they had blocked it. The hashtag LinkedIn was topping the trends on Twitter in Russia.

LinkedIn, in a statement sent to AFP, said it was “starting to hear from members in Russia that they can no longer access LinkedIn.”

“Roskomnadzor’s action to block LinkedIn denies access to the millions of members we have in Russia,” it said.

“We remain interested in a meeting with Roskomnadzor to discuss their data localisation request.”

Roskomnadzor spokesman Vadim Ampelonsky told Interfax news agency on Thursday that LinkedIn representatives had asked for a meeting to discuss the blockage and senior staff were deciding on a date.

President Vladimir Putin’s advisor on the internet German Klimenko told Rossiya-24 television he expected that “LinkedIn will meet the conditions and will be unblocked.”

He suggested that the law on personal data may also be “clarified” or “amendments will be submitted.”

On November 10, a Moscow court rejected an appeal by LinkedIn and upheld an August decision that the website was in breach of the controversial new law that requires personal data of Russian users to be stored in the country.

The ruling also told LinkedIn to stop giving users’ data to third parties without informing them.

Sites that breach the law are added to a blacklist and internet providers are obliged to block access to them.

The law prompted a storm of criticism from internet companies but entered into force in September 2015. LinkedIn is the first service to be taken to court under the law.

LinkedIn has over 467 million registered members, according to its website, including over six million in Russia. Earlier this year the company announced that it will be sold to Microsoft by the end of 2016 for over $26 billion. – Rappler.com