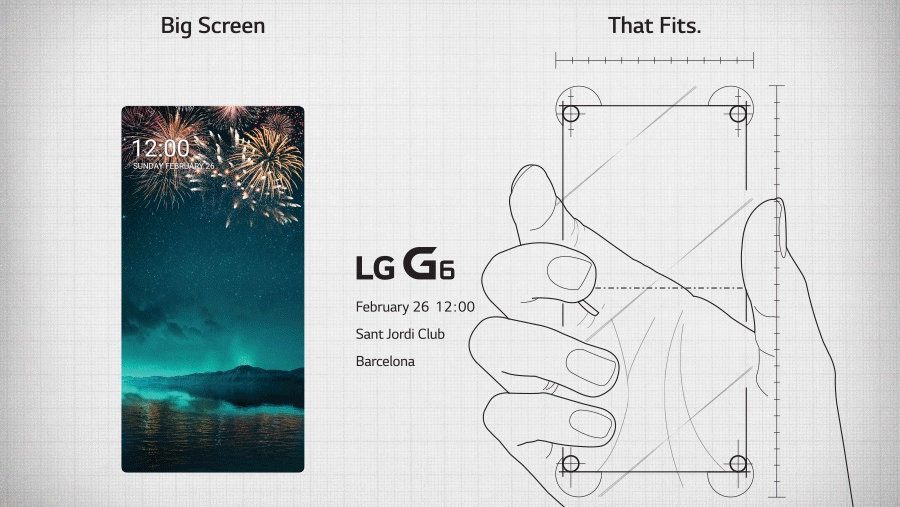 MANILA, Philippines – Like many of the world’s phone makers, LG will officially unveil its next flagship phone, the G6, at the Mobile World Congress (MWC), late February in Spain.

But the South Korean electronics giant simply couldn’t wait for the date, and went on to show the world a full view of its device. The company sent out invites to several Western publications such as Engadget and CNET that featured the G6 – a phone that will apparently ditch the bezels for amazing display-to-body ratio reminiscent of China’s Xiaomi Mi Mix. Samsung’s next-in-line, the Galaxy S8, is also expected to be bezel-free, which is believed to be this year’s big trend.

The G6’s 5.7-inch screen will also have an 18:9 aspect ratio, a configuration that makes it appear longer than the typical phone – hence the tagline “Big Screen That Fits.” It’s supposed to be slimmer than most, making it easier to hold. The screen will have a resolution of 2,880 x 1,440 pixels, packing a few hundred pixels more than standard Quad HD figures (2,560 x 1,440) – possibly due to the novel aspect ratio.

The LG G6, unfortunately, won’t come with the latest Snapdragon processor, the 835, according to Forbes. The G6, when it launches shortly after its MWC debut, will ship with the 821 instead, Snapdragon’s best offering last year. This is because Samsung and its S8 gobbled up the first batch of 835s, leaving many other phone-makers to make do with the still-capable, but not cutting-edge, 821. – Rappler.com