Oct 4, 2017 9:15 AM PHT
Agence France-Presse
Facebook Twitter Copy URL
Copied
Facebook, Google and Twitter say they are working on fixes after learning of fake news ending up in feeds and searches following the shooting that killed 59 and injured over 500 people 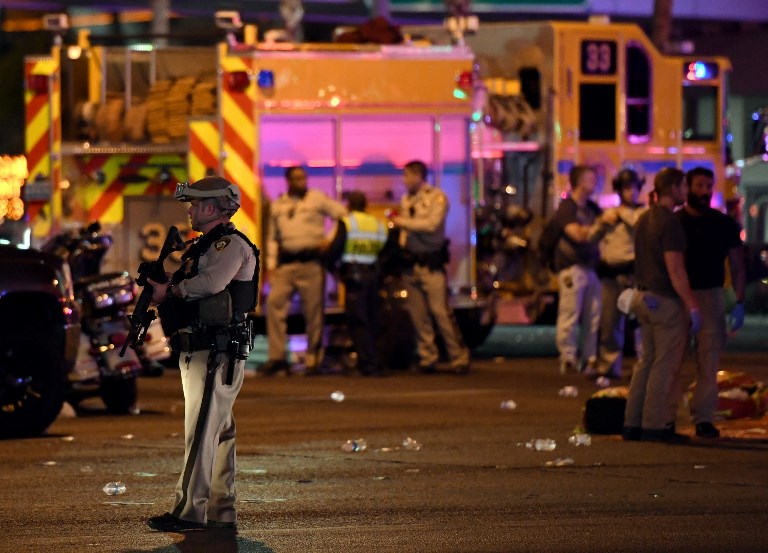 WASHINGTON DC, USA – US online giants acknowledged Tuesday, October 3, they failed to prevent rumors and misinformation from being circulated during and after the deadly mass shooting in Las Vegas.

Facebook, Google and Twitter said they were working on fixes after learning of fake news ending up in feeds and searches following the shooting that killed 59 and injured over 500 people.

Some rumors identified the wrong person as the shooter, others named a search for a female person of interest described as a “Trump-hating Rachel Maddow fan,” referring to an MSNBC host who is a fierce critic of President Donald Trump.

After news outlets pointed out false reports from the 4chan message board were appearing at the top of Google search results, the internet giant said it acted to correct the problem.

“Within hours, the 4chan story was algorithmically replaced by relevant results,” Google said in an email to Agence France-Presse.

“This should not have appeared for any queries, and we’ll continue to make improvements to prevent this from happening in the future.”

Facebook said it discovered a false news story on the shooting and acted to remove it.

“However, its removal was delayed by a few minutes, allowing it to be screen captured and circulated online,” Facebook said.

“We are working to fix the issue that allowed this to happen in the first place and deeply regret the confusion this caused.”

Twitter said it too was stepping up efforts to weed out false reports on the shooting.

The online giants have faced increasing pressure to prevent manipulation of their platforms after revelations of Russian-led efforts to spread misinformation ahead of the 2016 US election.

In Las Vegas, Stephen Paddock, a 64-year-old gambler and retired accountant, was identified as the shooter who fired on a huge crowd at an outdoor country music concert before killing himself.

Investigators are trying to establish a motive for the deadliest mass shooting in recent US history, but so far have been unable to pin down what drove Paddock to shoot into the crowds from a 32nd floor hotel room. – Rappler.com