Oct 11, 2017 8:31 PM PHT
Agence France-Presse
Facebook Twitter Copy URL
Copied
Despite despite the dry, religious nature of most of his tweets Pope Francis is a powerhouse on Twitter 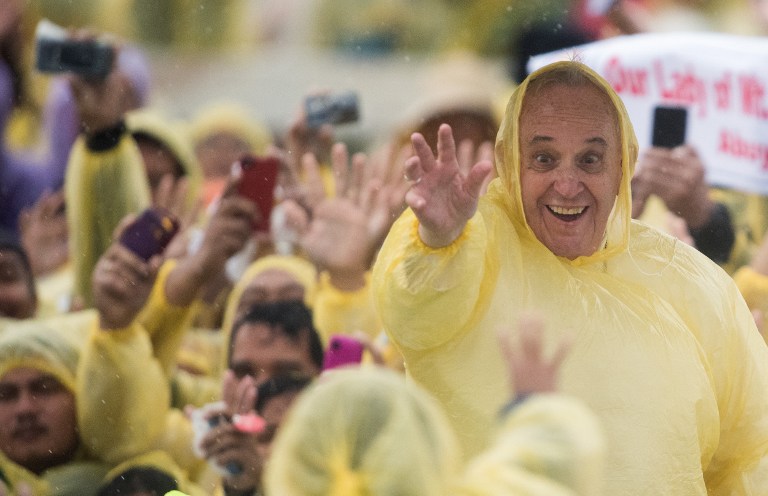 VATICAN CITY – The pope has racked up 40 million followers on Twitter, the Vatican said on Wednesday, October 11, underlining the Catholic leader’s status as one of the world’s biggest social media players.

A net 9 million new Twitter users have followed the various @pontifex accounts in the last year, according to the Vatican, which views the micro-blogging site as increasingly important for communicating with the faithful and non-believers.

Francis, 80, has become a star of the platform despite the dry, religious nature of most of his tweets.

His use of Twitter could also seem at odds with him regularly urging young people to give their smartphones a rest in favor of real-world communication.

The Argentine pontiff’s Spanish account has most followers (14.6 million), followed by English (14 million).

A hugely popular Latin one has 843,000 (more than the German or Arabic feeds), much to the delight of the ancient language’s dwindling band of teachers.

His predecessor Benedict XVI started in December 2012, just months before he retired because of failing health.

Tweets in the name of the pope appear on average just under once a day.

“God does not disappoint! He has placed hope in our hearts so that it can blossom and bear fruit,” he wrote in his latest missive.

The central importance of prayer is a recurring theme and some messages are barely comprehensible to non-Catholics.

But it is not all theology. The immediacy of the social medium also offers the leader of the world’s 1.3 billion Roman Catholics a platform to react quickly to global events, or voice his views on the social issues of the day.

One early tweet reinforced his anti-capitalist credentials, stating: “If money and material things become the center of our lives, they seize us and make us slaves.”

There have also been some that offer homespun advice, such as: “I cannot imagine a Christian who does not know how to smile.”

The Vatican’s Twitter operation is not without risks given the hard-to-control nature of discussions on the site: some papal tweets are greeted with sarcastic, mocking or even obscene replies that make shocking reading for some of the devout.

But the Church has deemed the internet has to be embraced and research suggests that has been the right call. – Rappler.com