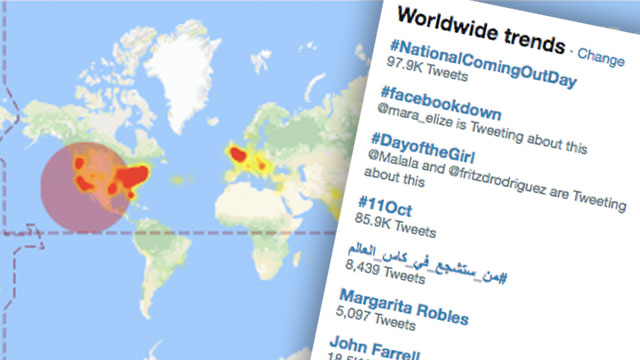 MANILA, Philippines (UPDATED) – The hashtag #facebookdown trended worldwide on Twitter as social media users in some parts of the world contended with what looked to be downtime for Facebook and Instagram.

Is #FacebookDown in your area too? pic.twitter.com/C9viZC6acB

At its peak, more than 12,000 users sent reports to site downtime detection site Down Detector, indicating Facebook was down. 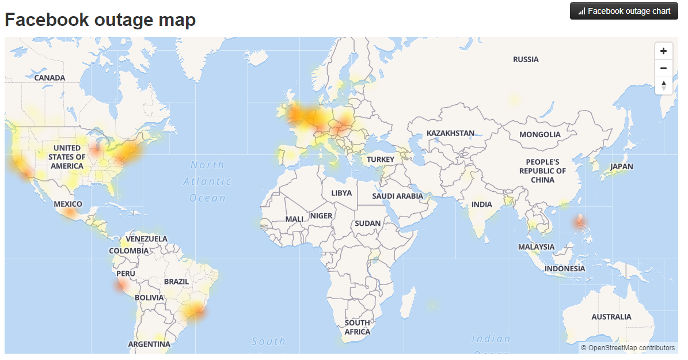 More than 2,500 reports of Instagram downtime were also reported on the service.

Downtime reports said people were unable to access either one or both of the services on their browser or via the app. In some cases, users were simply unable to use certain basic functions, such as posting on either Facebook or Instagram.

YESSSSSS!! ITS FRKN DOWN AND ITS STRESSING ME @facebook !!