Oct 13, 2017 7:32 PM PHT
Agence France-Presse
Facebook Twitter Copy URL
Copied
"We have this morning filed our appeal on the London licence decision at Westminster Magistrates' Court," Uber says in a statement ahead of the Friday deadline 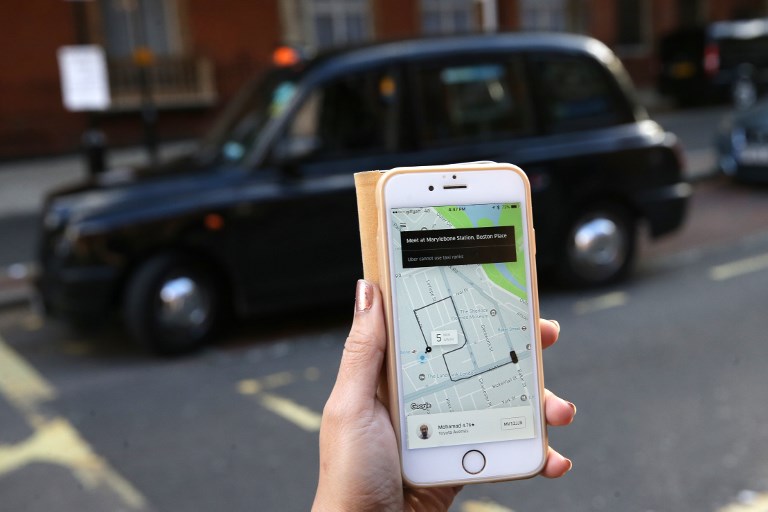 LONDON, United Kingdom –  Uber on Friday, October 13, filed its appeal against a decision by London authorities not to renew its licence, the US ride-hailing company said.

“We have this morning filed our appeal on the London licence decision at Westminster Magistrates’ Court,” Uber said in a statement ahead of the Friday deadline.

An initial court hearing is expected on December 11.

London transport authorities last month said they would not renew Uber’s licence to operate in the city owing to public safety concerns.

Transport for London (TfL) claims that the conduct of Uber, which has about 40,000 drivers and 3.5 million customers in the British capital, had raised concerns.

“While we have today filed our appeal so that Londoners can continue using our app, we hope to continue having constructive discussions with Transport for London,” Uber added on Friday.

“As our new CEO (Dara Khosrowshahi) has said, we are determined to make things right.”

TfL has highlighted the company’s approach to reporting serious criminal offenses and to obtaining criminal record checks for drivers as factors in its decision.

The company came under scrutiny in Britain after it emerged that dozens of rape and sexual assault claims had been made against their drivers and when one of their drivers used his vehicle in a recent terror attack on Buckingham Palace.

It also questioned the process through which drivers obtain their medical certificates and the practice of “greyballing”, when the company uses a fake version of its app to fool regulators in cities in which it is banned.

In an open letter last month, Khosrowshahi apologized for “mistakes” made by Uber.

“While Uber had revolutionized the way people move in cities around the world, it’s equally true that we’ve got things wrong along the way,” he wrote.

But he pledged to appeal the TfL decision “on behalf of millions of Londoners.”

Uber hired Khosrowshahi from US travel group Expedia in August, in the hope that he can steer the ride-sharing service away from the string of controversies.

Uber, which has accumulated financial losses, has faced allegations also of technology theft, corruption and use of illegal software.

At the same time, its drivers have been struggling with a wave of opposition from traditional taxis in several countries – and has faced regulatory problems in other hubs including Cape Town, Mumbai, and New Delhi.

But Uber has seen also its global popularity explode since it launched in 2009 in San Francisco. – Rappler.com