MANILA, Philippines (UPDATED) – The Philippines has a cadre of paid online commenters as part of a “keyboard army” that sought to support President Rodrigo Duterte and attack detractors of the administration, US-based human rights watchdog Freedom House said in a report.

The study of internet freedom in 65 countries found 30 governments deployed some form of manipulation to distort online information, up from 23 the previous year.

Not as free as before

Countries were rated based on obstacles to access, limits on content, and violations of human rights. Higher ratings denoted less freedom in a specific category, with 0 being the most free and 100 being the least free.

The Philippines still enjoys “free” status in terms of internet freedom with an overall score of 28, but it is less free in 2017 compared to last year, when it got a score of 26. The Philippines’ internet penetration and average internet connection speeds improved in 2017. It must be remembered, however, that while the speeds have increased slightly, the Philippines does not rank highly in terms of either 4G LTE speeds or general broadband speeds.

Also pointed out in the report was the National Broadband Plan, which aims to expand internet connectivity by 2020, as well as bring more affordable connectivity to people using new technologies and infrastructure building.

Instances of the National Telecommunications Commission ordering shutdowns of cellular phone signals for connectivity were also an issue. This was done in Manila, Cebu, and Iloilo in January.

Additionally, the Philippines also lacked competition to drive down prices and improve service. The landscape is “dominated by PLDT and Globe who both have acquired a number of minor players in the last two decades.” 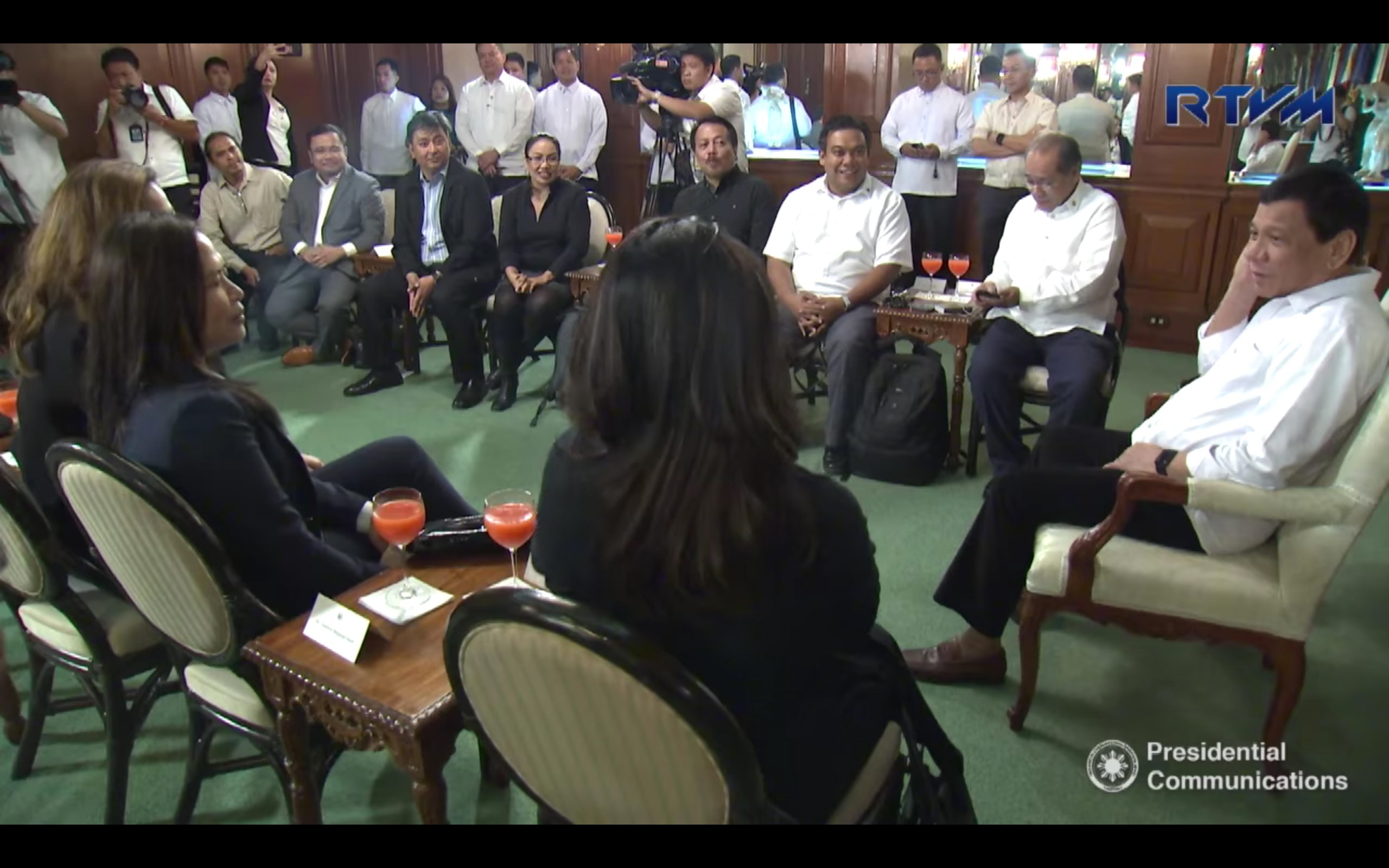 In terms of limits on content, Freedom House said, “No systematic government censorship of online content has been documented in the Philippines, and internet users enjoyed unrestricted access to both domestic and international sources of information during the coverage period of this report.” It also added that the government does not normally request for content to be removed.

It did note, however, that rare content blocks existed, such as the blocking of some pornographic sites in the country.

Aside from the “keyboard army” in the section on “Media, Diversity and Content Manipulation,” one additional entry was posted: allowing pro-administration bloggers to cover Palace events and the subsequent discussion of a creation of a code of conduct for bloggers.

Outside the scope of Freedom House’s report, it can be argued that the pro-administration bloggers also hold additional power as part of the Presidential Communication Operations Office (PCOO). In November, PCOO Assistant Secretary Esther Margaux “Mocha” Uson asked her boss, Secretary Martin Andanar, to reclassify news organization Rappler as part of the social media category under her purview. (FACT CHECK: Can PCOO reclassify Rappler as ‘Social Media’ under Uson?)

“Generally, though, the Philippine blogosphere is rich and thriving,” Freedom House said. The Philippines’ lowest ranking – a score of 13 – was on violations of user rights.

Lawmakers, meanwhile, revisited a draft law that would require telecommunications providers to register prepaid SIM card owners, though this had not gone beyond first reading.

While there were no reports of physical violence targeting internet users during the period covered by the report, violence against journalists, either as threat or as action, is still a problem in the country.

Explained Freedom House, “As of early 2017, the Committee to Protect Journalists reported that at least 78 Philippine journalists had been killed in relation to their work – most covering political issues like corruption – since 1992.”

The culture of impunity remains an issue, the message being individuals exercising free speech can be attacked at will. In his first press conference a month before being sworn in, President Rodrigo Duterte said corrupt journalists deserved to be killed.

Duterte has since continued to accuse journalists of unfair reporting, and in recent days – specifically during a meeting with US President Donald Trump – called journalists “spies.”

Technological attacks against journalist institutions have also been a problem.

The Philippine Center for Investigative Journalism’s website was defaced by hackers in 2016 following reports on Duterte’s war on drugs. The PCIJ noted that “a phrase with explicit curse and threat has been written by the attackers into our stories.”

The National Union of Journalists of the Philippines, meanwhile, faced a “massive denial of service attack” in January 2017.

Read the full Freedom on the Net 2017 report here. – Rappler.com