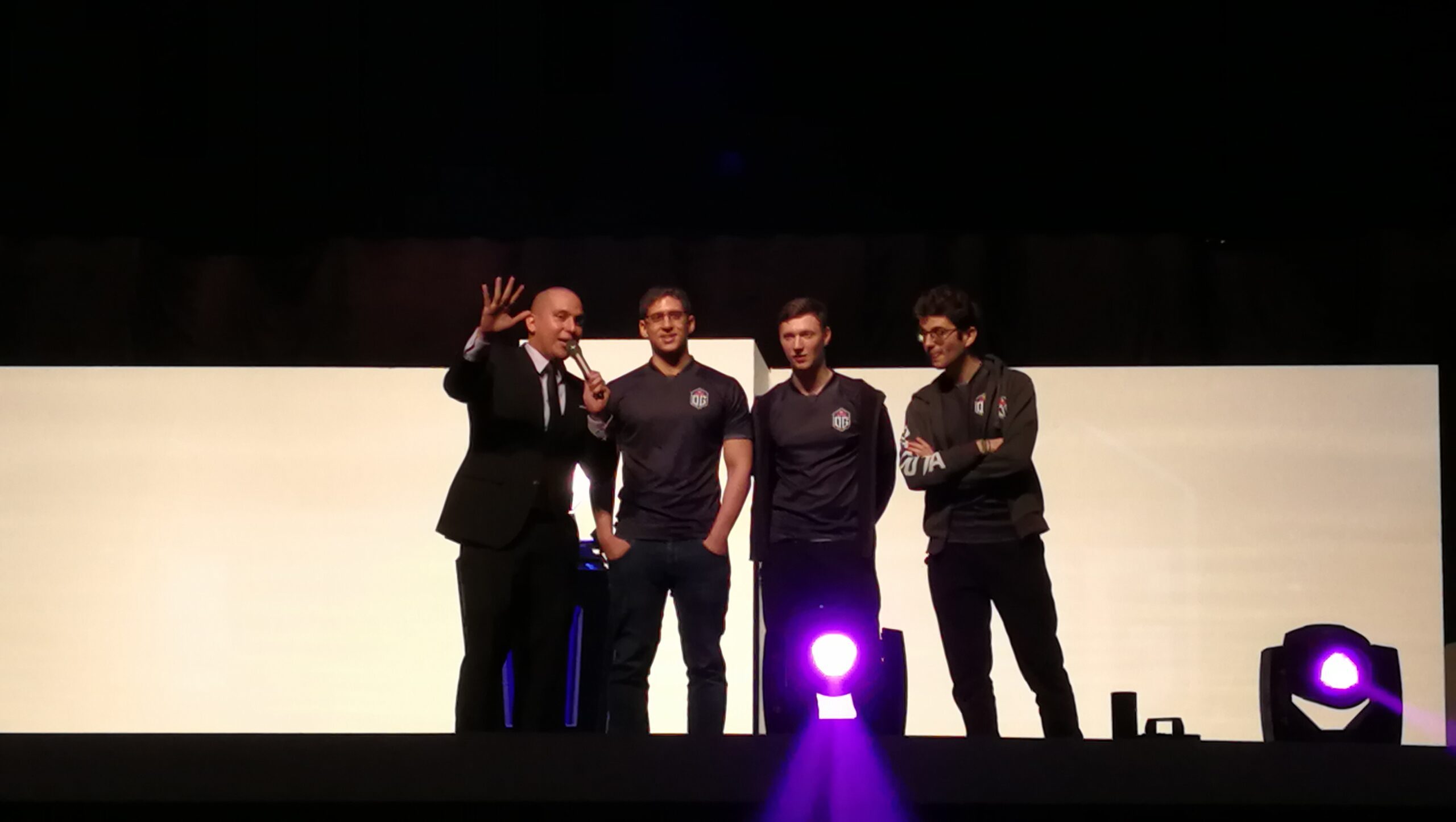 MANILA, Philippines – It’s not easy being the host of any esports international tournament. Though it’s a guarantee that the crowd will always be hyped because of much anticipated games, keeping your energy up to entertain and maintain the crowd’s excitement still takes a lot of talent and practice.

That’s a particular skill that Eri Neeman has excelled in throughout the years of hosting the biggest Dota tournaments held in the Philippines.

But while hyping and entertaining a crowd is one thing, keeping a tough show running as seemingly smooth as possible is another. And while there was much buzz about the current tournament’s state after Valve rescinded its major status, fans have been quick to point out and praise Neeman’s ability to keep things light during Day 2 of Galaxy Battles II.

This was especially after Neeman, along with the support of the casters and the blessing of the organizers Fallout Gaming, pulled off an elaborate joke as a throwback to Shanghai Major, another event that some fans are comparing Galaxy Battles II to.

From the return of the whiteboard, to awkwardly discussing “pros and cons,” to PUBG sounds playing in the background all of a sudden, Neeman, and the rest of the team supporting the segment, served callback after callback while also calling out some of Galaxy Battles II’s issues, such as the low audience turnout.

Dota 2 fans were impressed by Neeman’s jokes, and professionalism that they dedicated a reddit thread to send appreciation his way. The thread has reached 1822 upvotes and 191 comments as of writing.

Eri Neeman is carrying Galaxy battles,can we give him an appreciation ? from DotA2

Some even took to Twitter to give him props.

Dude, @erineeman. You are one heck of a professional sir, even with this trainwreck happening you are absolutely doing your best to keep it entertaining. Kudos to you sir. You're unbelievable.

The segment was played out so well that those unfamiliar with the events that went down during Shanghai Major may have completely missed the meme. Neeman took to Twitter to clarify that the entire segment was a setup.

By the way guys, the PUBG audio was part of the meme.

The organizers downloaded it and set it up for us. Love how some think it was real.

That was a nod to the laser audio back in Shanghai.

He also thanked the casters and Fallout gaming for being good sports. Eri Neeman is set to host ESL Genting 2018 next week, January 26 to 28.

Galaxy Battles II is being held at the Philippine Arena in Bulacan. – Rappler.com