Japan’s elderly will soon be cared for by robots 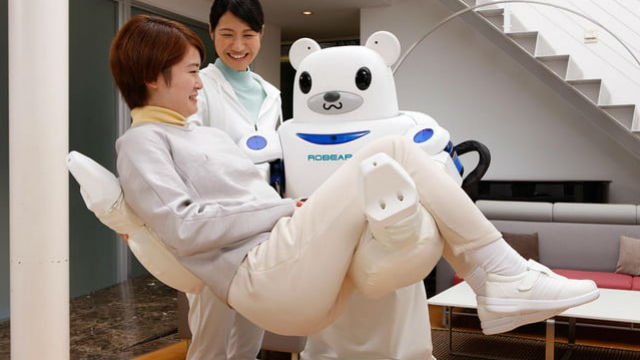 MANILA, Philippines – According to a report from The Guardian, the Japanese government is already getting the ageing accustomed to having robots as caregivers in response to the dwindling nursing workforce.

Advancements in technology have made robots capable of aiding the elderly in simple everyday tasks which will allow them to live self-sustaining lives without the need for human caretakers and nurses.

Plans by the Japanese government are already being implemented to boost the efficiency of robotic devices in nursing and health care to lessen the workload of human caregivers.

As beneficial as this may all sound, Dr. Hirohisa Hirukawa, director of robot innovation research at Japan’s National Institute of Advanced Industrial Science and Technology (AIST) told The Guardian that only 8% of Japan’s nursing homes have lifting robotics deployed due to high costs and some expected initial resistance from those being cared for.

Costs can be lowered by developing and manufacturing non-humanoid robots that possess the same smart technology to perform its specific tasks effectively. For instance, there are plans to have mobility aid robots that help the aged move around, carry baggages, and even go shopping alone.

The country hit a record high in its elderly population back in 2013, pushing the government to come up with the New Robot Strategy, a 5-year action plan that started in 2015 detailing the utilization of robot technology. The strategy cites its hope of having care recipients become aware and accept the use of robots by 2020. – Rappler.com