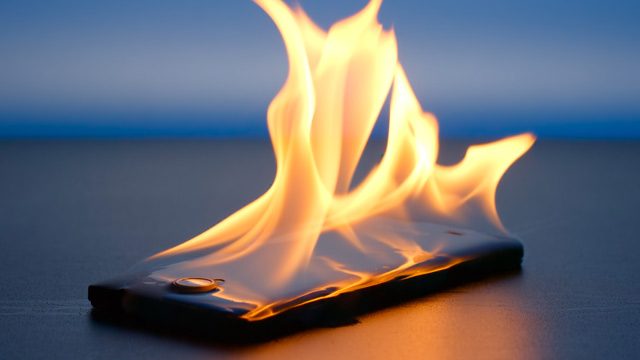 Facebook Twitter Copy URL
Copied
'The students use internet (on their phones) throughout the night and then doze during classes the next morning. Their parents are concerned,' says a spokesman from the seminary

DHAKA, Bangladesh – A hardline Islamic school in Bangladesh said Tuesday it had confiscated hundreds of mobile phones and torched them in a bonfire because they were distracting students from their learning.

Pupils at the seminary in southeast Bangladesh were ordered to hand over their cellphones Sunday to school administrators who then tossed the devices en masse into a fire in a nearby field.

“These devices are ruining their character,” said Azizul Hoque, a spokesman for the Darul Ulum Moinul Islam madrassa, or Islamic seminary.

Hoque said the seminary – a 123-year-old institution with 14,000 registered students – was not against technology “but the negative results of mobile phones far outweigh its positives”.

“We are flooded with letters seeking fatwas (Islamic edicts) from Muslims against the use of mobile phones, as many complained that the gadgets were frequently used for extramarital affairs.”

Muslim-majority Bangladesh is officially secular but Muslim clerics are hugely influential, particularly in the more socially conservative rural areas of the country.

The madrassa in Hathazari, outside the port city of Chittagong, is headed by Ahmad Shafi, the head of hardline Islamist group Hefazat-e-Islam.

The movement has evolved into a political force in recent years agitating for Islamic rule in the country of 160 million. The campaign has brought it into conflict with Bangladesh’s secular government.

Hundreds of thousands of Hefazat supporters marched to the capital Dhaka in 2013 demanding implementation of religious laws including criminalising blasphemy and segregating genders in the workplace.

The movement has more recently struck an accord with Prime Minister Sheikh Hasina, which has agreed to recognize academic qualifications from hardline seminaries, allowing their students to apply for government jobs. – Rappler.com