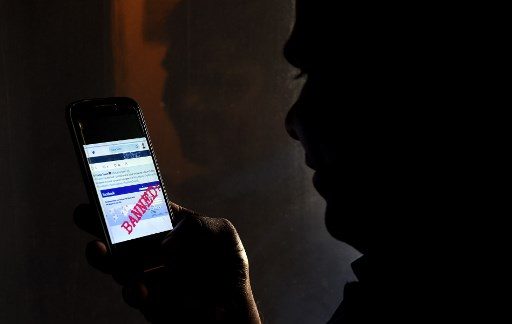 The government declared an island-wide state of emergency on Tuesday and imposed curfews across Kandy after days of rioting claimed at least two lives and left Muslim homes and businesses in ruins.

Schools were shut across Kandy, a hill station popular with tourists, as rioters defied curfews and clashed with police who used teargas to disperse the mobs.

“This is a temporary measure and we will have the restrictions removed soon,” a top official told AFP on condition of anonymity.

He said police had already identified anti-Muslim messages being shared on social networks, including a video posted by a hardline Buddhist monk urging violence against Muslims.

Sri Lankan telecoms providers said they would be blocking certain social networks following an order from the island’s regulator.

The internet blackout in Kandy, 115 kilometers (72 miles) east of Colombo, has also affected media organisations to get pictures and video footage from the region.

His successor President Maithripala Sirisena was elected in 2015 promising an end to draconian government restrictions, but some websites critical of the government remain blocked. – Rappler.com