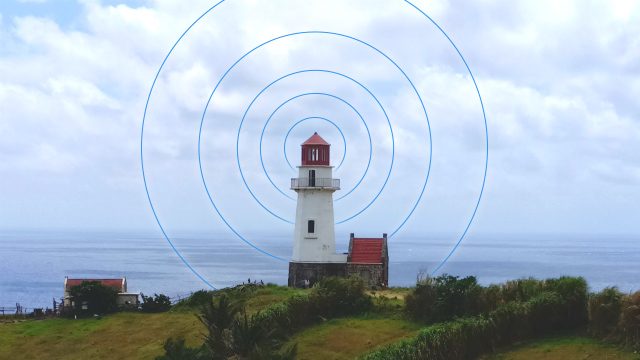 Facebook Twitter Copy URL
Copied
Batanes hasn't had a reliable internet connection since Typhoon Ferdie hit the province in 2016. Smart's completion of its LTE network provides users a viable option to connect to the Internet.

BASCO, Batanes – The Philippines’ northernmost islands and its smallest province – Batanes – now has a viable option to connect to the internet with the arrival of telco Smart’s LTE network.

The PLDT subsidiary celebrated the milestone at a launch event held in the province’s capital Basco on Thursday, May 3. Rappler covered the launch organized by Smart.

Smart CEO Manny Pangilinan was also “present” during the event through a video call, which sought to demonstrate the communication possibilities that an LTE network opens up.

The moment was especially important for the people of Batanes, a province with a population of 17,000 according to the last census in 2015. Residents had no consistent way to connect to the internet since Typhoon Ferdie hit Batanes in 2016, damaging infrastructure pertinent to an internet connection. Prior to the storm, internet had already been slow in the province, but it became nonexistent right after.

Local government didn’t have a suitable connection either, and had relied solely on a satellite connection that only worked in their office.

(Before, only the provincial government had GSat. So all the offices and the people went to us, and practically fell in line to use our internet connection.)

She added: “Pero ngayon, wala nang pumupunta sa opisina ko dahil nga dito sa LTE.” (But now, no one goes to the office anymore because of the LTE.)

With LTE’s arrival, some things are certainly about to change for sleepy, scenic Batanes. (It’s a huge help to us, to our livelihood, to our provincial government, and to businessmen. Everybody is texting me that they’re happy and thankful for the connectivity. The businessmen – we are far from the rest, right? – are now able to send orders and payments fast. We’re sure the connecitivity is going to help our economy in a big way.)

(Before, the tourists would go to my office to tell me that I should attend to fixing the connectivity so they can upload [on social media]. “We want to be able to upload immediately. What have you been doing?”)

But Cayco said that she’s gained an understanding of why Smart took a while. The landscape of Batanes, its distance from the mainland, and weather conditions meant it would not be a regular roll-out.

The deployment of an LTE network in Batanes represents a huge technological leap for the Smart network.

Prior to the LTE network being fired up in mid-to-late April 2018, Smart only had a 2G network in the region. The 2G network was launched way back in 2004, so for 14 years, Smart subscribers in Batanes were stuck with 2G communication – essentially just calls and texts.

Competing network Globe has 3G in the region, but based on personal usage for 3 days across various spots in Batanes’ main island Batan, the quality of the data signal was inconsistent and will likely not satisfy the contemporary needs of some of the 4,000 tourists who visit Batanes monthly.

At this point, Smart is the better network for – at the very least – tourists who’d want to share content on social media in near real-time. LTE is exponentially faster than 4G, and for tourists who have been spoiled by speeds at well-covered, 4G-connected regions, it’s a huge adjustment to revert to a 3G connection.

While Smart’s LTE theoretically covers the entire land area of the province, real coverage is not entirely at 100%, which means not every nook and cranny has LTE. There are areas with weak-to-zero signal, but there are also areas where the connection is as strong as the best spots one would find in Manila. It’s still work in progress.

The natural makeup of Batanes is partly to blame for this, with the lush vegetation, Jurassic rock cliffs, and hilly landscape blocking out the signal in many locations. The quality of the connection can still range as extremely as the undulating topography of the region does – peaks and valleys, highs and lows; find a good spot, and you won’t want to leave, and in a bad spot, you might as well be in a cave.

There are still enough weak-signal areas in the province, so when a tourist finds a place with a strong connection, it feels like an important discovery that must be proclaimed to his or her travel buddies.

Still, getting LTE to Batanes was no small feat. It is one of the toughest roll-outs Smart has ever done, which included the longest single “microwave hop” (the transmission of a signal from one station to another) ever achieved in the country. “Covering Batanes with LTE was a major challenge. To connect this province, we had to use multiple microwave hops, including the longest single microwave hop in the country at 128 kilometers,” said Tamayo, Smart’s network planning and engineering head.

The microwave hop originates from a station in the northern portion of mainland Luzon and is beamed to the Batanes station, situated atop a high hill. Globally, the hop was the longest that technology partner Ericsson had ever accomplished. The project made use of a commercially available Ericsson MINI-LINK LH long-haul device to enable the hop.

Governor Cayco expressed some worry about the advent of fast internet in the region, particularly for the youth. She announced that she plans to hold workshops on proper social media use and etiquette.

She also expressed some apprehension over the potential social media-fueled influx of tourists, saying that the province and their water supply aren’t ready yet for mass tourism.

For 15 years, Batanes didn’t have a steady water source, and it’s only recently that they were able to supply enough water for the people, as well as the 4,000 tourists – the current tourist capacity of Batanes – who visit monthly.

Cayco said that they’re currently studying how to expand their capacity sustainably. 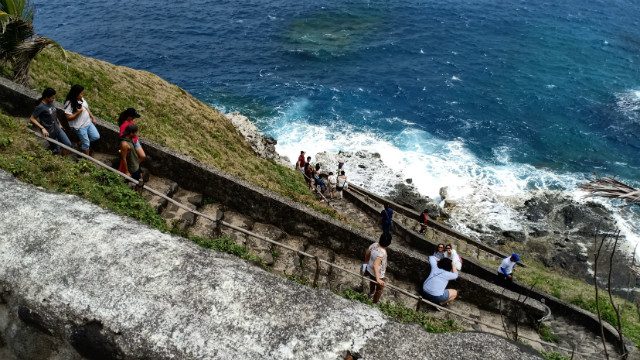 Batanes has long been Smart-country, with 70% of the phone-using populace on Smart, and sub-brands Sun and Talk N’ Text.

The LTE deployment in Batanes is part of Smart’s ongoing plan to cover 90% of Philippine cities and municipalities with LTE by the end of 2018, as well as parent company PLDT’s current push for “network transformation” which is supported by declared capital expenditures of P40 billion in 2017, and an expected P58 billion this year.

LTE-A, a faster version of LTE that aggregates data from multiple frequencies, is also available in the province’s capital Basco, while regular LTE covers the rest of the islands.

Along with LTE, Smart also brought to Batanes the Infocast system – a mass-messaging service that will allow local government to make announcements to numbers registered on their system. – Rappler.com

(Disclosure: Smart sponsored the trip to Batanes where the launch was held.)