MANILA, Philippines – Chinese phone maker Xiaomi announced its upcoming flagship, the Xiaomi Mi Mix 2S, would be arriving in stores in June. Xiaomi made the announcement at a press event in Makati on Friday, May 11.

The price point makes Xiaomi’s Mi Mix 2S the cheapest phone to carry the top-of-the-line Qualcomm Snapdragon 845 chip, also found in phones such as the Sony Xperia XZ2, and the Asus Zenfone 5Z. Speaking with Rappler, Chen identified a few reasons as to why they’re able to price their devices lower than competiting products. One, they don’t spend heavily for marketing – endorsers, ads, and billboards – which allows them to pass on the savings to the consumer.

Two, Chen says the profit margins – the difference between the retail price and the cost of producing the product – for their phones are comparatively smaller than the other products in their business. Xiaomi has a whole ecosystem of tech products, which he says offer better profit margins than the phones. The phone, he says, may act as somewhat of a gateway, the key product enabling the rest of the Xiaomi products, from which they might make more money.

Lastly, Chen also says that, by economies of scale, the volume at which they produce products allows them to get them some of the best prices from their manufacturers. “I don’t know if it’s the best, but I believe we are able to get one of the best costs from our manufacturers business because of our volume. Manufacturing is all about volume. You get the volume, you get a good price,” he says. 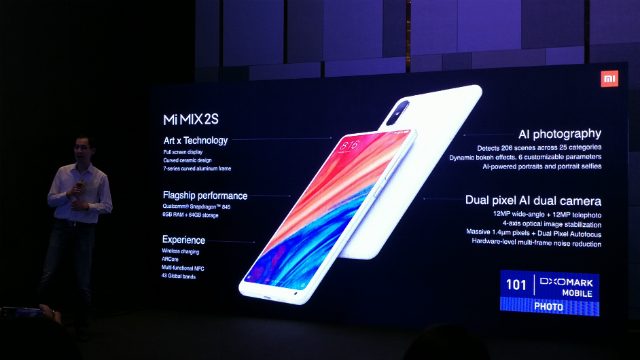 Xiaomi, in its presentations, also shows the names and the models of their competitors when doing product comparisons. On this, Chen says, “We’re not scared to show those comparisons because we believe the end users are smart. We have nothing to hide. We show you exactly how it is. We leave the choice for the users to decide,” Chen finished.

Xiaomi officially re-entered the Philippine market in February 2018, two years after their initial stint from 2015 to 2016.

Xiaomi is currently India’s top-selling brand, and 3rd in Indonesia.

As for breaking into the Philippines’ top 5 – owned in 2017 by Cherry Mobile, Samsung, Oppo, Vivo, and Asus according to International Data Corporation figures – Chen said Xiaomi would try to break into the top 5 in “As short (a time) as we can.” – Rappler.com