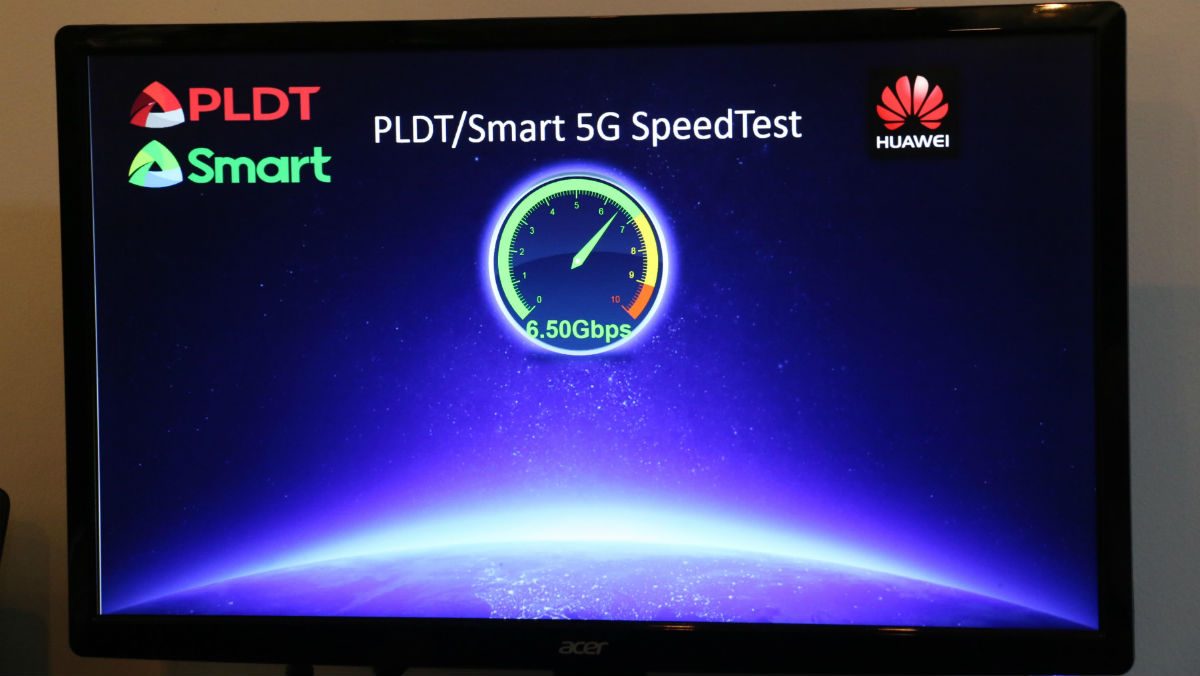 MANILA, Philippines – Smart on Tuesday, June 5, launched their 5G research facility, the 5G Technolab. The tech hub will host Smart parent company PLDT’s efforts to lay down the foundation for their 5G networks in the near future, focusing on the research and development, standardization, and testing of 5G technologies and services.

The telco, in a press release, says they want a “5G-ready” network by 2020, suggesting that a complete, commercial 5G network may come later than 2020.

“Even as 5G network technology is still at its early stages, and keeping in mind that it may take some time before 5G can be available commercially, we are already investing in pilot testing our 5G system and paving the way toward having a ‘5G-ready’ network by 2020,” says Ernesto Alberto, PLDT and Smart Executive Vice President. (READ: 5G smartphones to heat up global phone market next year – IDC)

5G or fifth-generation wireless mobile technologies are the next stage of data connection standards, following 4.5G or LTE-Advanced (LTE-A) and 4G or LTE. Smart, in their latest 5G test, reported speeds of up to 6.5 gigabits-per-second (Gbps). Commercial speed tests of LTE networks have shown speeds of around 40 megabits-per-second (Mbps). A gigabit is equivalent to 1000 megabits.

5G is able to transmit higher amounts of data with lower latency – the amount of time for one node to communicate with another node. Essentially, what this means is higher seamlessness and faster communications, which may enable new levels of functionalities such as remote commandeering of automobiles and machines, not possible with 4G and its higher latency. (READ: Globe’s first 5G-enabled services available by Q2 2019)

“There is more to what 5G can do, which includes enhanced mobile broadband services, massive machine type communications, and ultra-reliable and low-latency communications,” explains PLDT and Smart’s network planning and engineering vice president Mario Tamayo.

Smart’s 5G facility is part of the company’s future-proofing efforts, which include the roll-out of more LTE and LTE-A sites across the country, including far-flung Batanes in the north and Sarangani in the south.

Smart is developing its 5G ecosystem in the Philippines with technology partner Huawei, with which it signed a memorandum of understanding last year – a deal which looks to “identify and develop the areas of technological innovation needed to deliver 5G.”

In an earlier test, Smart achieved 5G speeds of 2.5 Gigabits per second (Gbps) for the first time over a live network in a demo conducted at the Nokia Manila Technology Center in Quezon City.

Globally, successfully deploying a solid 5G network first holds massive rewards. A 2017 study by Accenture estimated a boost of $500 billion in gross domestic product (GDP) and 3 million jobs for the US. The 3 major players in the race for 5G are China, South Korea, Japan, and the US, with China currently leading the pack, according to a 2018 study by the Cellular Telecommunications and Internet Association (CTIA), a US-based industry association for mobile service providers.

The CTIA study said that China has a slight lead over South Korea and the US, with Japan sitting in fourth, owing to China’s service providers having committed to specific launch dates and the government committing to allot spectrum for them. The US, according to an Axios report, won the 4G race, resulting in $100 billion in GDP by 2016, while Japan and Europe won the 3G and 2G races, respectively.

While the Philippines isn’t considered to be a contender in the 5G race, the bottomline – considering historical adoption of new network technologies and resultant rewards – is that the faster that commercial 5G arrives in the Philippines, the better it will be for the country’s economy. – Rappler.com