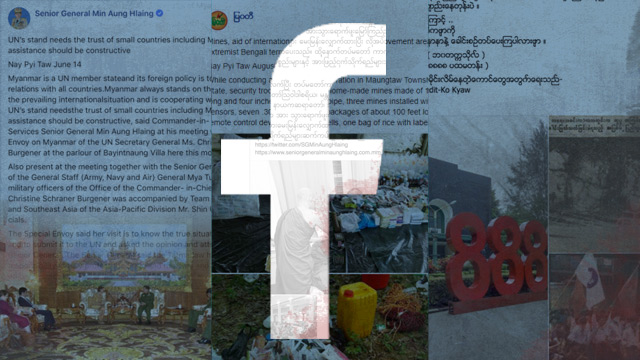 MANILA, Philippines – Facebook has taken down the account of Senior General Min Aung Hlaing, Myanmar’s commander-in-chief of the armed forces, along with several others in the wake of the recent report of a fact-finding mission by the United Nations Human Rights Council.

“Specifically, we are banning 20 individuals and organizations from Facebook in Myanmar – including Senior General Min Aung Hlaing, commander-in-chief of the armed forces, and the military’s Myawady television network. International experts, most recently in a report by the UN Human Rights Council-authorized Fact-Finding Mission on Myanmar, have found evidence that many of these individuals and organizations committed or enabled serious human rights abuses in the country. And we want to prevent them from using our service to further inflame ethnic and religious tensions.”

Why is this move significant? Hate speech and misinformation online have serious real-life ramifications for the Rohingya. Content from bad actors become viral quickly, fueling the tensions and shaping the discourse on the abuses. (READ: Unliked: How Facebook is playing a part in the Rohingya genocide)

“Incitement to violence can have real harmful effects. They can lead to harms such as killings and massacres as we’ve seen in places like Myanmar over the past year,” says UN Special Rapporteur David Kaye in an interview with Rappler in June 2018.

The report filed by the fact-finding mission highlighted how Facebook has been used to incite discrimination and violence.

“The role of social media is significant. Facebook has been a useful instrument for those seeking to spread hate, in a context where for most users Facebook is the internet. Although improved in recent months, Facebook’s response has been slow and ineffective. The extent to which Facebook posts and messages have led to real-world discrimination and violence must be independently and thoroughly examined. The Mission regrets that Facebook is unable to provide country-specific data about the spread of hate speech on its platform, which is imperative to assess the adequacy of its response,” the UN report said. – Rappler.com