Nov 7, 2018 12:25 PM PHT
Agence France-Presse
Facebook Twitter Copy URL
Copied
Facebook says it is working on rooting out abuse ahead of the Myanmar elections – but admits it had failed to do enough to prevent the incitement of violence 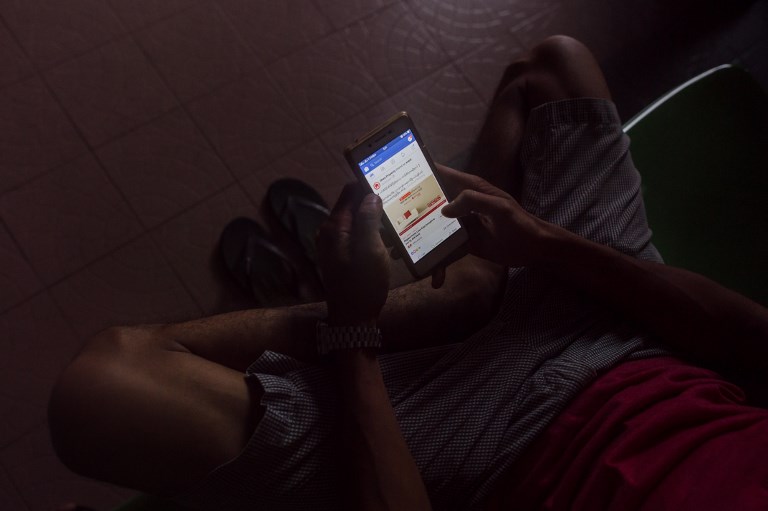 YANGON, Myanmar – Myanmar’s 2020 elections may be fertile ground for “incitement to violence” and Facebook should prepare now, an assessment of the tech giant’s presence in the country warned Tuesday, November 6, as it detailed how the platform had been used to spread hate.

Facebook has for years come under fire from rights groups for its slow response to abusive posts, with the country’s Rohingya Muslims bearing the brunt of the invective.

Language portraying the Rohingya in sub-human terms or as terrorists on the network helped drum up support for a military crackdown that forced more than 720,000 of the stateless minority to flee the country last year.

Facebook has blacklisted several hardline Buddhist monks, and after a UN probe called for the army chief and other top military brass to be prosecuted for genocide, the platform blocked them too.

It also commissioned an assessment on its performance by California-based consultants Business for Social Responsibility (BSR), which carried out interviews between May and September 2018.

While BSR agreed that the platform had been used by those “seeking to incite violence and cause offline harm”, it also said Facebook’s link to rights violations “should not be overestimated” and that the state bore ultimate responsibility.

But it also warned that Facebook’s problems in Myanmar are far from over.

The upcoming election in 2020 is “likely to be a flashpoint for hate speech, harassment, misinformation, incitement to violence, and other actions designed to undermine the political process”, it said.

Facebook should be prepared for “multiple eventualities” now, it said, without going into detail.

Civilian leader Aung San Suu Kyi won the 2015 vote, ending decades of military rule. But her administration – which is in an uneasy power-sharing agreement with the military – has floundered in handling the Rohingya crisis.

The assessment additionally warned that authorities and nationalists in the country have become more sophisticated in targeting civil society groups and activists on the platform.

It said Myanmar risks turning back into a “surveillance state” with a large number of insecure accounts due to the use of out-of-date Facebook apps.

Facebook said it is working on rooting out abuse ahead of the elections – but admitted it had failed to do enough to prevent the incitement of violence.

“The report concludes that, prior to this year, we weren’t doing enough to help prevent our platform from being used to foment division and incite offline violence,” said Alex Warofka, product policy manager.

“We agree that we can and should do more.”

Most people in Myanmar came online in the last few years as smartphone usage soared after the country opened up to the outside world, with Facebook serving as a one-stop shop for news, entertainment and communication.

Rights groups have long criticized the platform for taking too long to delete malicious posts that then go viral.

The tech giant said Tuesday it is improving and is identifying more than 4 times the number of hate speech posts than it was at the end of last year.

Moreover it promised that the number of Myanmar-language reviewers would increase to 100 by the end of 2018.

But sceptics question whether they will be able to monitor the country’s 20 million accounts and myriad languages.  – Rappler.com