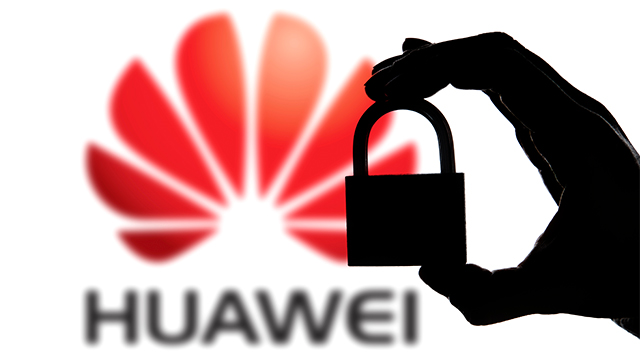 SHANGHAI, China – Fraud, obstruction of justice and cloak-and-dagger trade theft – a US rap sheet alleging systematic skullduggery by Chinese telecom giant Huawei has deepened the company’s problems just as it sought to win back global trust.

The US Justice Department this week unveiled a raft of charges against Huawei which could see its Chief Financial Officer Meng Wanzhou extradited to the United States and threaten its business worldwide.

But that may be an uphill climb following the US allegations of brazen criminality at Huawei’s highest levels.

In a case centring on Meng, Huawei is charged with violating US and UN prohibitions on trading with Iran.

A separate case details a sustained effort to steal technology from US telecom operator T-Mobile, plus the damaging allegation that Huawei rewarded staff for stealing competitors’ technology secrets.

None of the charges deal with deeper US concerns that Huawei’s cheap equipment — used in telecommunications infrastructure across the globe — is a Trojan horse for potential Chinese state spying and sabotage.

“The effort seems designed to make the case to allies… that while there is no smoking gun on cybersecurity, there are a host of other business practice, cultural, and legal issues clouding the company’s future,” he said.

The main case levels 13 charges against Huawei Technologies, Meng – who faces an extradition hearing in Canada on March 6 – and two affiliates over Iran sanctions violations.

The broader allegations in the case, filed in federal court in New York, were already known.

But the charges detail efforts by Huawei and its subsidiaries to trick financial institutions into sanctions-busting activity.

They say Meng “repeatedly lied” to bankers and that Huawei obstructed justice by destroying evidence and putting witnesses beyond the reach of US law enforcement.

Huawei strenuously denies wrongdoing and Beijing has said the allegations are politically motivated.

The charges stand in stark contrast to a narrative pushed by Huawei in recent weeks — perhaps in anticipation of the US revelations.

Speaking to foreign reporters, the normally reclusive Ren portrayed Huawei as an unselfish global force for good in comments larded with flattery for President Donald Trump and US tech leaders like Apple.

“We stand strongly against any behavior that violates laws and regulations,” Ren said on January 16, touting a “very sound” compliance system and tough discipline for violators.

But the New York charges reveal that Ren, whose background as a former Chinese army engineer has long raised red flags in Washington, was questioned by the FBI years ago, during which he repeatedly lied to US investigators about the nature of the Iran business.

A separate case in Washington state cites internal emails and other evidence detailing a 2012-13 effort to steal the technology specs of a phone-testing device developed by T-Mobile, then a partner in Huawei’s ultimately failed push to enter the US market.

Huawei staff repeatedly and surreptitiously took photos inside a T-Mobile facility and one staffer even stole a key part for the device, the charge sheet says.

The company later concocted an “internal report” designed to cover up the theft and blame rogue staff.

Perhaps the most damning allegation is that Huawei set up a system of bonuses for technology stolen from rivals.

“You are being encouraged and could possibly earn a monetary award for collecting confidential information regarding our competitors and sending it back to (Huawei China),” an internal staff email is quoted saying.

Triolo said there is a “clear threat now hanging over the company”, possibly including fines, executive travel bans, and being officially branded a threat to US national security — which could have devastating worldwide repercussions on its business.

“Carriers around the world will need to at least consider how to protect their investments and supply chains. This is the nub of the issue,” said Triolo. – Rappler.com