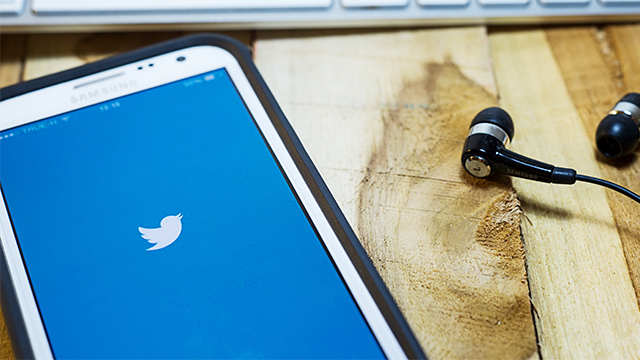 WASHINGTON, USA – Twitter shares took a pounding Thursday, February 7, as an unsettling update on its global user base offset upbeat figures on revenues and profits in the past quarter.

Shares skidded 9.8% to close at $30.80 following Twitter’s 4th quarter update, which showed a consistent profit trend despite a shrinking number of users.

The platform said it posted a $255 million profit in the final 3 months of 2018, compared with $91 million a year earlier, as revenues rose 24 percent to $909 million. It marked the 5th straight quarterly profit after years of losses.

“We think it is a growth vector over the long term, and it’s the right thing to do for people on Twitter and in the world,” Dorsey told analysts on a conference call.

Investors digested the data showing a decline in Twitter’s base of monthly active users to 321 million, nine million down from a year earlier and five million from the prior quarter – and the company’s decision to stop using that measurement.

Twitter said it would instead report “monetizable” daily active users in the US and worldwide, a better reflection of the audience viewing ads.

Using that measure, Twitter showed a base of 126 million worldwide, up 9% over the year. That included 27 million in the United States and 99 million internationally who log in and use Twitter on applications where ads may be viewed.

The figures suggest that Twitter, which has a strong following among celebrities, journalists and politicians, remains far from gaining mass appeal, with fewer users than rivals including Snapchat.

But this measure, Twitter said, is not “comparable to current disclosures from other companies, many of whom share a more expansive metric that includes people who are not seeing ads.”

Some analysts said the results highlight challenges for Twitter’s goal of sustaining growth and profitability.

“We have continuing concerns about users and growth,” said Scott Kessler of the research firm CFRA.

“Overall, we see decelerating top-line growth and further spending for a company/stock trading at valuation premiums to peers.”

Ali Mogharabi of Morningstar said the stall in user growth may impact ad revenues over time and maintained that Twitter remained a “very-high-uncertainty name.”

Markets also appeared unsettled by a weaker-than-expected revenue outlook for the current quarter and rising expenses.

Jasmine Enberg of the research firm eMarketer said the results were nonetheless positive.

“Twitter’s Q4 earnings prove that the company is still able to grow its revenues without increasing its user base,” she said.

“The falloff in monthly active users is likely a continuation of Twitter’s efforts to remove questionable accounts.”

According to eMarketer, Twitter will boost its worldwide ad revenue this year but its share of the global market will drop from 0.9% last year to 0.8%. And Twitter’s share of worldwide social network users is projected to drop slightly from 9.8% in 2019 to 9.3% in 2022.

Twitter and other online platforms have been forced to confront issues of misinformation, harassment and abusive conduct which have turned people away from some social media.

A tweet by the company said the focus on health and safety remains a priority.

“We will cont. our efforts to remove spammy + suspicious accts. from our service + to prevent their creation in service of a healthier public conversation,” it said. – Rappler.com